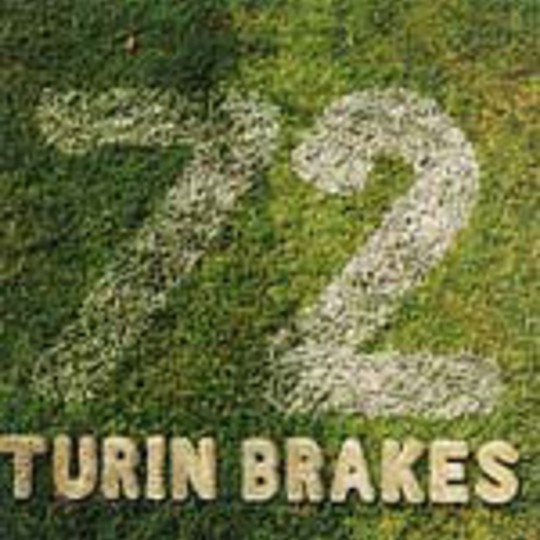 I hate it when bands do this. Bleed an album dry. As far as I'm concerned, it should be written in stone that a band can only release 3 singles from any one album. I mean, do you remember 'Performance And Cocktails'?? Did anyone actually say, after listening to 'Hurry Up And Wait', "aww! DEFINITE single material there, Kel!"?? Methinks not.

And now little old Turin Brakes fall into the same money-ladened trap. After the fine 'State Of Things', the hummable 'The Door', the fab 'Save Me', and the frankly terrible 'Mind Over Money', comes this, 'Emergency 72'. Sorry if I sound out of breath.

Turin Brakes are undoubtedly one of the finest of the many NAM chancers plying the trade currently. Swooping melodies combine with incisive, Morrissey-ish lyrics, to create an irresistible package. They mean no one no harm, and my Dad likes them. They really can't fail.

'Emergency 72', which is folks their FIFTH single off 'The Optimist' LP is, alas, one of their weakest. The "72, 72, 72..." repetition gets, well, on your tits after a while, and in the background there's a clear sound of a barrel being scraped somewhere. The song really only kick starts about three quarters the way through, when Hey!!, we get some drums.

Whether it'll be a hit, I don't know. But I think all of us, including Olly and Gale, know it's time to work on something new.......