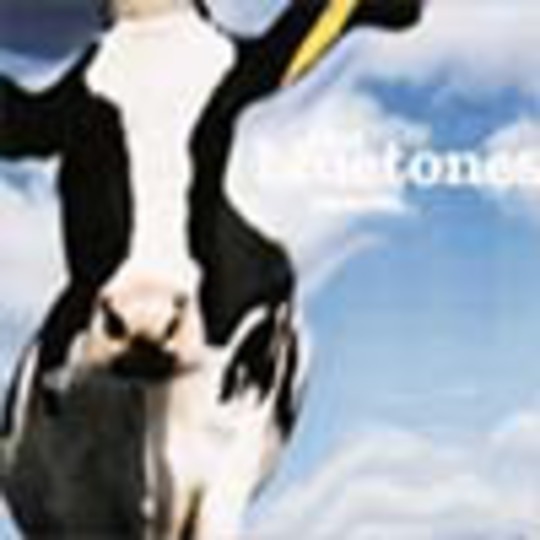 Fans of The Bluetones’ ‘Expecting To Fly’ era should be pleasantly surprised by the Hounslow boys’ latest offering. Despite the first few seconds bearing a scary resemblance to The Cure classic ‘Love Cats’, title track of the ‘Mudslide’ EP is very much reminiscent of material from their stunning 1996 debut, With its jangling guitars and synthesiser fills, this track is a lot more fulfilling than some of the other less scintillating tracks that the ‘tones have been producing lately.

Moving on, recent single ‘Keep The Home Fires Burning’ is not dissimilar to ‘Fountainhead’ which can be found on the aforementioned debut. And this is not a bad thing. It’s a folk-like acoustic number that clearly shows off the vocal talents of Mark Morriss, whilst managing to be a nice little tune at the same time.

And the award for the strangest track goes to…..‘Zero Tolerance’, which sees the band singing harmoniously in the background whilst an anonymous member talks monotonously about his life, as if pouring out his heart to a psychiatrist. Not a bad song though.

The track that is bound to leave most die-hard fans with a puzzled expression is ‘Fock Da Brain-Hole’ which consists of three minutes of heavily distorted madness. “Oh my word, the Bluetones have gone punk!” was my initial reaction on hearing the usually syrupy voiced Morriss screaming manically into the microphone. Surprisingly enough, this track is actually one of the standout tracks of the EP. Don’t worry though; it’s highly unlikely that this song is a sign of a forthcoming new style for the Bluetones. The harmonica solo kind of makes you doubt that our Britpop heroes will ever become punk-rawk stars.

I admit that I was sceptical to see that one of the tracks on the EP is a remix, but the ‘The Shandy Weather Version’ of ‘Mudslide’ is indeed a worthy addition to the track list, if not for its highly gerooovy bass line, then for its ickle banjo interludes.

All in all, the ‘Mudslide EP’ is a mixture of old-skool floppy-fringed chord-mongering and full-on experimentation. It’s only too easy to class the Bluetones as just another MOR indie guitar group, but without trying to sound like a complete muso, they are actually a group of very talented musicians. These five tracks are evidence that they can pull off just about any style if they want to. And they don’t do it half badly at all.