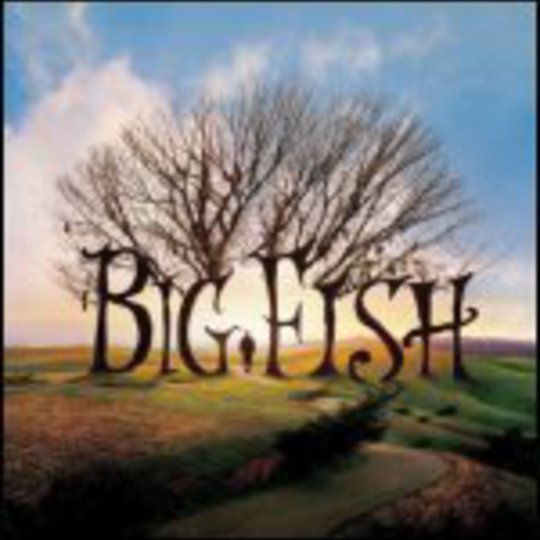 Big Fish is about a man named Edward Bloom (like the flower). Edward was a big fish in a small town, so he set off on his life journey at the tender age of eighteen, with only a knapsack to his name and a giant for company. From the moment he left his home, many unbelievable and exciting things happened to Edward; he joined the circus; met the woman of his dreams; went to war and went AWOL with a pair of Japanese Siamese twins; bought a town and had a beautiful son named William.

Big Fish is the story of William Bloom, a young man trying to find out the truth about his dying father. Having been told tall tales of mermaids and witches with glass eyes since he was a child, he feels left with nothing more than a jumble of stories that don’t amount to anything real that he can hold onto.

Director Tim Burton is back on form, after the blip that was Planet of the Apes. Big Fish has everything weird and wonderful that we have come to expect from his movies firmly in place; the black and white stripes and the suburban normality masking the suburban nightmare. But whereas Burton’s other films tend to feature a central character that is trapped on the outside looking in, Big Fish has Edward Bloom who is an insider looking out, trying to break through the constraints of the real world and find something more exciting and ultimately more fulfilling and real.

Its hard to not gush about this film, as I, and many other Tim Burton fans have been waiting for it for a long time. Something about his films scratches your surface and brings out the person that you are, want to be or could be. It is a lot to heap onto a mere director's shoulders, but the story telling and the images amount to something bigger that holds onto you for a long time. Big Fish challenges your imagination and perceptions far more than nearly all the films of recent times, and it is like a gasp of fresh air booming through your stagnant lungs.

Ewan McGregor as young Edward is simply gorgeous in his forceful optimism and Albert Finney who plays Edward when he is dying is just heartbreaking. Above all, and possibly most importantly, Big Fish reminded me that I used to wish Jimmy Stewart was my dad, but now I would kill to have someone like Edward Bloom for a father.