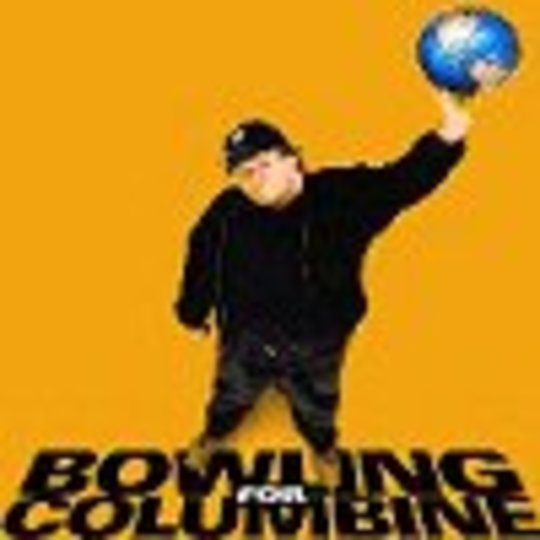 This is the most important film you will see all year. It could change lives.

It’s not about big explosions, merchandising, t-shirts, or selling you popcorn. It isn’t about making you feel good or giving you a night's entertainment. It peels the top off the American Psyche and exposes the gaping holes inside. It takes you from joyous laughter to tears of sorrow and howls of rage within ten minutes.

As drunk American moms talk about keeping guns in their houses to prevent the evil hordes of ‘niggers’ from battering down their doors. As the president demands billions of dollars to wage yet another pointless war and can‘t even pay to keep his own people in foodstamps. As redneck hillbillies in combat gear talk about their guns. As two school-children from Columbine are shown through grainy CCTV footage murdering 16 people. And that anyone in America thinks they can justify anything they do simply by claiming “I’m An American”. If it works for the President, it’s good enough for Charlton Heston and anyone else who can’t justify their actions.

Michael meets Charlton Heston, who babbles incoherently about how the 11,127 murders a year in America are a result of the nations multi-ethnicity. He gets the door slammed in his face by American hero Dick Clark. He meets Marilyn Manson backstage and storms the reception of Walmart headquarters armed only with two crippled victims of the Columbine shooting who want to return the bullets lodged in their bodies to the store that sold them. We get Matt Stone taking the lid off middle-class white American paranoia, and a veritable horde of white trash nobodies who talk about sleeping with loaded guns under their pillows, stealing guns to sell to drug dealers, making home-made napalm, and how the violence is all the fault of the black underclass on welfare.

We also get five of the best minutes of cinema I’ve ever seen : A South-Park style “Brief History Of America” that exposes the cruelty of those in power more viciously than anything I’ve ever seen. It’s one of the most damning indictments of the American way of life that’s ever been shown.

The film has its flaws : Moore’s argument is emotionally-driven, and therefore, will probably only preach to the converted. The film is too long and often ‘loses the plot’ with detours into US foreign policy, the Welfare System, and a brief history of colonialism. Michael Moore is often unfocused in his actions and, as they gatecrash the home of Moses himself, loses his opportunities to ask the really tough questions. But the questions he does ask are still enough to cause a reaction as revealing, cowardly, and telling as any I’ve seen on film.

_ Bowling For Columbine_ is a document that will stand the test of time, acting forever as a snapshot of the paranoia that drives America to think it has the right to shoot anyone it wants as well as exposing the central hypocrisy and stupidity that drives Western Civilisation as whole. The big question after September 11th 2001 for many people was “Why? Why is America hated so much?”. This film starts to give the answers.