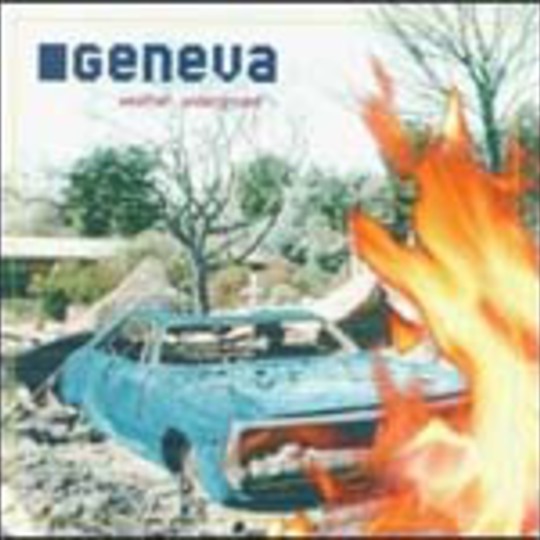 Geneva were always a fascinating act to behold. Their emergence during the initial phase of Britrock in 1996 saw their majestic, glacial muse slightly bruised by the ugly bombasticism of ladrock.

Immediately recognisable thanks to singer Andrew Montgomery’s skyscraping falsetto, the band’s debut album, ‘Further’, was a rough-and-tumble affair; full of holes, yet absolutely riveting in places. The perfect, perfect ‘Traquillizer’ was the single of ’97.

The incubation period of ‘Weather Underground’ seemed endless. In the void of time, their profile flatlined and the oafish Puressence tried (and failed) to steal their thunder. The Bernard Butler guitarisms of ‘Further’ were ditched for swelling soundscapes with hints of trip-hop seeping into the mix. Howie B was called in to produce, and what finally emerged was a concept album of sorts, dealing with the weighty theme of apocalypse as explored through a space-race devouring escapism.

What could have been a colossal error of judgement, turned out instead to be a naïvely executed stroke of genius. The new record was front-loaded with chunks extra-strength guitar pop; ‘Dollars In The Heavens’ and ‘Killing Stars’ are arching, brutal bursts of distorted guitar and inescapable melody, while ‘If You Have To Go’ is so fragile and heart-breaking a song, it barely even translates onto record.

Like comparable Scando wunderkind Mew, Geneva outgrew the limitations of traditional song structures, taking instead a one-way ticket into post-rock territory for the remainder of the album. Wisely they punctuated this with two skewed, but unmissable choons. ‘Cassie’ is straightforward electro-pop, while ‘A Place In The Sun’ is widescreen little-boy-lost loveliness. The canvas-like nature of the rest of the material is a little suffocating at times, but largely successful. The melancholia of ‘Guidance System’ (“Is it worth it to feel so worthless?”) and ‘Museum Mile’ (“I don’t claim to know you like I could have known you/But when we were together I still knew nothing else”) are particularly captivating in their context, but by closer ‘Have You Seen The Horizon Lately?’ the formula becomes slightly wearying.

History will no doubt bury them for their failure to conform to the trends, but both their magnificent, flawed albums will retain their vitality long after they disappear off record store shelves.

The Importance Of Being Evil/Alien Abducted