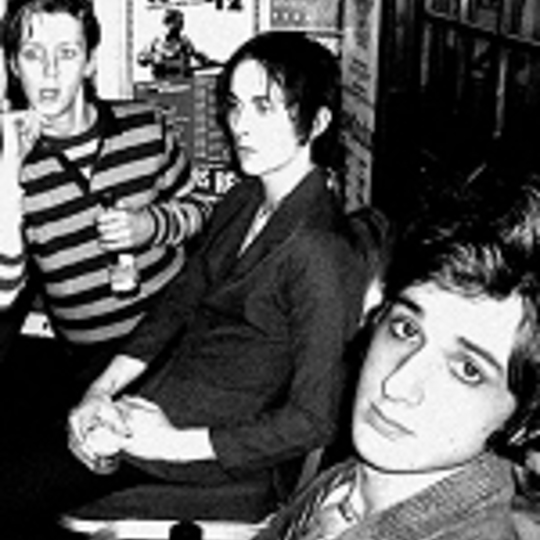 Reading five-piece Psirens are not afraid to do it themselves; their last two demos, a self titled debut, and the rather barnstormingly brilliant ‘This Can’t Be My 21st Century EP’, were both self-recorded and featured handmade Jackson Pollock-esque artwork. This new, untitled EP sees the band going soft on their DIY ethics, with half of the songs being recorded in (whisper it) a proper studio, then tweaked slightly at home, while the artwork could possibly have been taken from Microsoft Word's vast selection of clipart.

But for all their sins, we forgive Psirens, because the songs themselves have far from softened – if anything, Psirens have honed their craft for making explosive art-wave-noise-punk. Kicking off with ‘Company, Fix Bayonets!’, a disturbingly precise 100-second blast of gonzoid robo-punk that sounds like **Mclusky** caught in a blender with **The Cooper Temple Clause**, the EP’s relentless pace is set straight away. ‘Semi-Automatic’ ups the ante somewhat (if that’s even possible), by adding some Alec Empire to the mix, as singer Adam gives his best impression of what Axl Rose would sound like with his hand in an electrical socket.

The last EP featured a track subtitled "A Pop Song", and the band never fail to deliver hooks aplenty; a fact especially highlighted in the final two songs. The sneering ‘Every Curve Cuts’ (the title of which is taken from the lo-fi acoustic hidden track tucked away at the end) is a godsend. The best song the band have written, it starts off by being almost gar*ge r*ck (with Adam even seemingly mimicking The Fall’s Mark E Smith’s notorious speedfreak delivery), but once the cheap synths are added to the mix, the hooks (and slogans) come thick and fast. The last line alone, “Cold hard love is sold in body bags”, would have someone like Conor Oberst* scratching his head, wondering why he’s wasted his time.

Final track ‘PVC On Skin’, is the band’s most sordid track – one part **Interpol**, one part **The Faint**. The lyrics at first read like a tacky porno novel, the (hopefully) intended clichés in lyrics like “Make this moment last forever, ‘cause baby, we’re meant to be together” being completely dispelled by the trashiest of choruses (“It’s time to reload”, indeed). A grand instrumental finale, featuring what may possibly be the sound of someone screaming in the tunnel of the Underground, brings the song, and the EP to a triumphant close. The second track proclaims that “Semi-automatic doesn’t cut it”, but Psirens roar in with all guns a-blazing – and quite frankly, they cut it far better than most other people around. It’s not gonna be long before these Psirens are heard far and wide. You’d better watch out, kids.

*DiSclaimer: this writer is, in fact, a Bright Eyes fan.