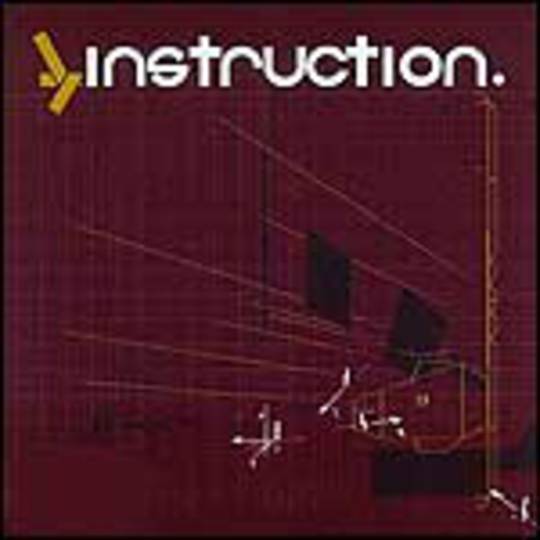 I'm sure frustration, whether empty-handed or not, is one of the prime elements in the petulant cocktail of teenage angst. It's a sensation I've been getting cosy with the last couple of days while spending time with Instuction's debut, as it's one of the most frustrating listens I've experienced in a long time.

The songs on God Doesn't Care are too muddy to be pop, too jarring to be mainstream, too light to be punk, too melodious to be metal – and maddeningly enough all these adjectives and categorizations apply to the end result. Quite frankly, I've been sorely tempted to tag the band 'emo' and be done with it, and I could probably get away with doing so. God knows they display enough of the visual characteristics; the non-descript wardrobe, the thousand-yard stares in the band photo – hell, three of them are alumni from Error Type: 11 and one of the guitarists used to play for Quicksand, so I could seal the deal with that.

But the music manages to wriggle free at turns. Sure, Instruction's songs contain the usual emo staples – overdriven guitars, angst-ridden lyrics, plenty of angry white boy guitar shenanigans – but just when you think you’ve got their sound nailed, the quintet hit you with a broadside that leaves you scratching your head.

God Doesn't Care opens with a muted intro that drops the listener into the churning mosh pit frenzy of 'Great'. Arty Shepherd's marble-mouthed Kurt Cobain-like snarl soars above a riot of guitar screams and thundering bass and drums, spewing surprisingly uplifting lyrics for this kind of music. The punishing assualt continues unabated throughout the next couple of tracks; there's barely time to breath before the riff of 'Lean On You' comes crashing down like an anvil, and while the intro to the excellent 'Are You Happy?' provides a couple of moments for air, it's soon squashed with stop-start strurm and drang and pounding percussion. So far, so good.

But then the fourth track, 'I'm Dead' shimmers into view off the back of a tinkly guitar line, Shepherd ratchets down his voice, sounding like one of the countless Eddie Vedder clones out there, and we're in the bland surroundings alt rock radio. For all it’s skull-crunching choruses, the better half of this track is one guitar trill away from being a *U2* number and the song even ends with organs that instantly recall the intro to 'Where The Streets Have No Name'. It's a sweet song, but it sounds out of place with what's gone before.

It's this sort of inconsistency that pops up again and again, throwing curveballs. Admittedly sometimes the results work, like on 'Feed The Culture'; with its eastern percussion, sitars and violins this is angst-ridden indie rock by way of Arabian Nights. But moments like this only serve to highlight the chuckaway fare like the eye-rolling 'Your Punk Sucks' - it's a decent track, but the mall-punk bating is pretty lame and it drags the track down as a whole.

So how do you score a hit-'n-miss of this scale? At its worst, 'God Doesn't Care' sports enough rough and smooth to sound like an A&R man's wet dream and at its best, it serves up the sort of visceral rock kick most majors lack. Either this band are as sick of the 'emo' definition as I am, and so have deliberately set out to give anyone reviewing them the shaft or they're sticking to the safe middle ground. Whatver the case, the New York quintet have shown enough ideas and passion to instill the hope that they'll continue to swing for the fences.