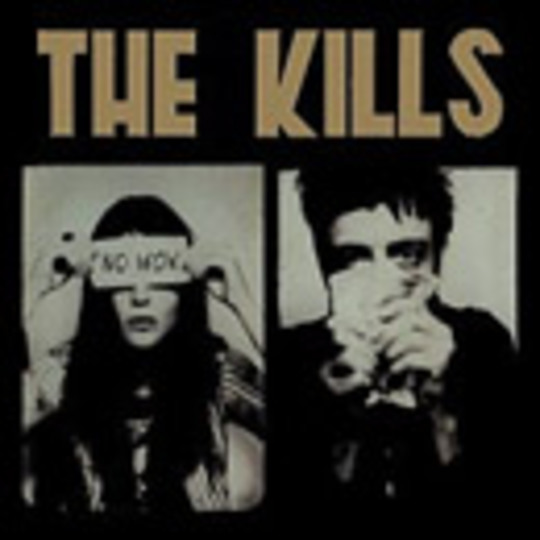 The Kills are back, and if 2003 debut ‘Keep On Your Mean Side’ was a barren sounding album, their new LP is positively spartan.

Locked away in Benton Harbour, Michigan (a “ghost town,” according to vocalist *VV*) they’ve recorded ten songs that distil their garage-rock formula to the barest common denominator.

The drum machine ticks away as though it’s counting down towards an apocalypse, Hotel’s reverb-less guitar hums like a malfunctioning fridge and VV’s voice is the only noise with any semblance of warmth.

Not that they’re happy songs, far from it. “This ain’t no wow no more,” claims a bored sounding VV on the title track and album opener. Bored with touring? Bored with the corporate machine? Bored with life? Who knows, but despondency shouldn’t sound this good.

‘Love Is A Deserter’ is best described as an anti-love song, exploring as it does the relationship between love, passion and nihilism. It’s trademark Kills, but with more of a groove than anything on KOYMS.

“Did you get the real good ones?” asks VV on the similarly danceable single ‘The Good Ones.’ Sounding as though it was recorded in a small cave, this echoey piece of punk-disco gives the impression it could spontaneously combust at any second.

It’s not all good, though. The repetitive ‘Sweet Cloud’ reeks of filler and could easily have been left on the cutting room floor.

Subsequent track ‘Rodeo Town’ makes amends by taking the Kills into uncharted territory. It’s the closest they’ll ever get to a ballad, with plaintive FX-less guitar and some uncharacteristically gentle vocals from VV.

The abrasion returns for the grand finale, and with it howling feedback. The drum machine has almost finished its countdown, and you get the feeling that the Kills just can’t wait. Apocalypse? Now.