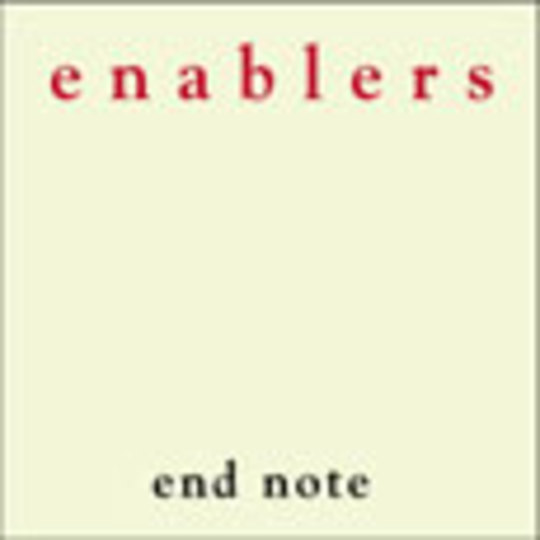 There’s only so much of this that you can take; only so much information your brain can hold in before it collapses, wheezing, from the intensity of it all. San Fran’s Enablers** play hardcore harder than the hardest do – taught, snaking rhythms twist and turn like so-many Shellac-wannabes wanna, each one rising and falling, climbing and collapsing, leaving you spent. But that’s only the hook; the line and sinker’s a much tastier dish.

Pete Simonelli is a stray beat poet holed up in DC of the early 1980s, underground Dischordian punk exploding around him with only a single outlet available – make like the punks and rock. He’s here, laying down train-of-thought – or so it sometimes seems – tales of this that and the other over the finest backing band money just can’t buy. He’s never had it so good, spouting prose like Nick Cave possessed by Lester Bangs. Thing is, the rules state that too much of a good thing rots your teeth and leaves your liver looking like a prune, and Enablers are no exception to the rules. They follow them like old people follow the older person in front of them in the pension queue; thus, the lay-person listener, with only so much tolerance for vitriol, can’t possibly stand nine tracks of what breaks down to the same thing: passion served at its most potent with scant regard for the side effects.

If only we could, then this album would be the stuff of legend. As it stands, it’s a highlight of 2004 that’s best served by the portion.

Ship's A Going Down, Charlottefield