Abattoir Blues / The Lyre of Orpheus 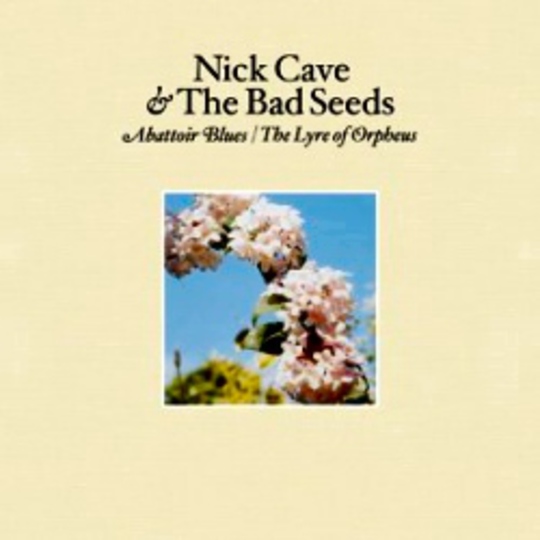 Ah, the return of the dark murder balladeer: Nick Cave. & The Bad Seeds, as well.

He has brought with him an ambitious and beautifully presented double album for our troubles. Arriving in a cloth-bound box with a full set of lyrics helps to make this feel like a masterpiece before you've even turned your stereo on. It is not a double album as much as it is a bundle; a package. 'Abattoir Blues' and 'The Lyre of Orpheus are two very, very different records but, as fate called it, both were recorded at the same time.

'Abattoir Blues brings gospel to the fore. I mean really brings gospel to the fore. It is not merely a supplement, like the patchwork melancholy strings introduced to a crap soft rock record, to invoke an involuntary emotional response. You can rarely get away from the vision of a hundred big, black women howling, "Praise him a little bit moooooore," at you. Guttural blues and post-punk mutterings laced with Armageddonist theories, kick all the way through this record with conviction, as only Cave can do.

While the first offering holds a quite tangible anger and general gloom within, 'The Lyre of Orpheus is a much more mellow affair, contemplating existentialism and the like. Few can harness creating the perfect atmosphere of a tale being told but here, it is beautifully done. Nick Cave rounds off majestically melodic grooves, which are slower but of course, no less intense. A much more pensive tone fills this record with the gospel choir, which is more of an integral background ornament, swarming over the lilting blues guitar and around the snarls of Cave.

To be drunk with a good bottle of red.