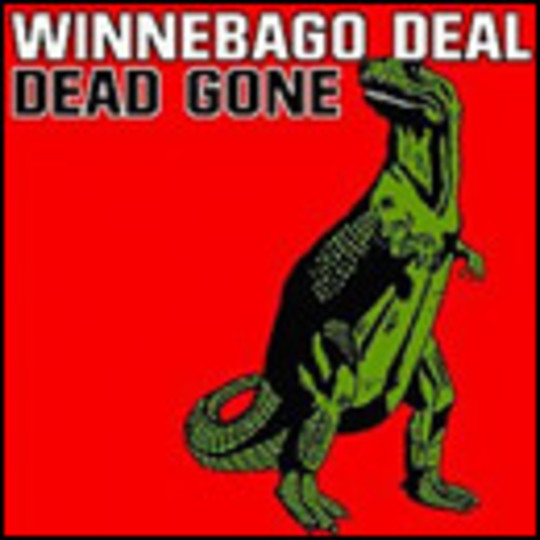 Ten things that you must know about The Deal.

2.* The Deal are two *Bens. Yet they make the sound of four Bens. And far more noise than that The Bens band who cobbled themselves together two years ago. They are also cooler than The Bens.

*3.* The Deal's grunge credentials are unquestionable. Despite sounding nothing like Tad, Mudhoney or Nirvana, they're a lot closer linked to them than bands like Creed, Nickelback or Puddle of Mudd. This is because 'Dead Gone' is produced by Seattle legend Jack Endino, who produced all the aforementioned classic bands of the early nineties.

*4.* This is by far the best sounding Deal record the band have created in their short lives: whilst debut min-EP 'Plato a Plomo' was brilliantly filthy and grainy, like a sixties horror movie, this is widescreen and painted in 79 different shades of red and black.

*5.* The Deal can rock on short or long. It makes on difference. The album opener is a 58 second hardcore burst of beautiful noise, whilst neo-legendary live track 'Dead Gone' is seven and a half minutes of beautiful hardcore noise.

*6.* The Deal have spent the last 13 months feuding with pathetic rock n roll arseholes Good Charlotte. It's quite clear that The Deal are targeting only the most worthy of abuse. The Deal's radar of sin is finely honed. They were also kicked out of the Reading Festival site last year for being nothing but mental.

*7.* At the Kerrang! Weekender in 2003, Winnebago Deal seemed to mainly enjoy fighting people. Despite this, the band (that's Ben and Ben) are lovely.

*9.* This is the best straight ahead balls-out rock album released this year.

10. The Deal have ensured that the subject of adding a special six out of five rating on the reviews page is firmly at the top of the agenda for DiS' next editorial meeting. Feel free to assume that they have the first one in spirit, at least.