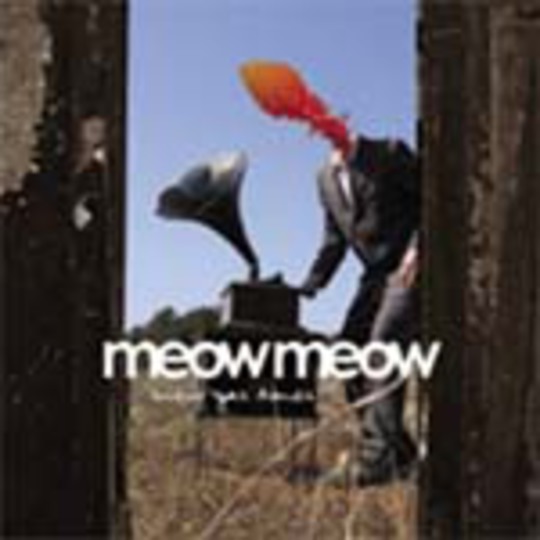 From the day their debut single ‘Cracked’ plopped onto my doormat six months ago, this correspondant has been keeping a watchful eye on Californian upstarts Meow Meow. With the noisy sonic storm of Urusei Yatsura matched to the deft popcraft of Fountains Of Wayne, it was pretty darn clear this band was upto something rather special.

As such, ‘Snow Gas Bones’ meets all expectations with finesse. One of this album’s key qualities is the taut atmosphere realised between singer Christopher O’Brien and lead guitarist Kirk Hellie, who’s anti-solos and carefully aimed feedback assaults bristle against the former’s honeyed melodies. This tension is most fully realised on former single ‘Sick Fixation’, which marries its pretty harmonies to a menacing lyric: “Time to kill the cool kid, pull the plug on him and say goodnight”.

Of course, any band that worships at the alter of* Sonic Youth* – which Meow Meow obviously do, and rightfully so – runs the risk of inheriting their, shall we say, ‘less enticing’ qualities. Thusly this rollicking rollercoaster is briefly disrupted by the over-earnest, seven-minute long ‘Amaurosis’, which falls just on the wrong side of tiresome. Still, when the second half of your album contains sugary treats as enticing as ‘All I Ever Got’ and the clinically-titled ‘Amplified Breathing Apparatus’, it’s easy to forgive one small slip up.

With chancers like Razorlight and Jet exhuming the rotting corpses of long dead bands only to study and plunder their musical style, it’s refreshing to find a group that are not content to provide a characterless facsimile of their icons, but instead aim to reinvent them.

The World Is Saved