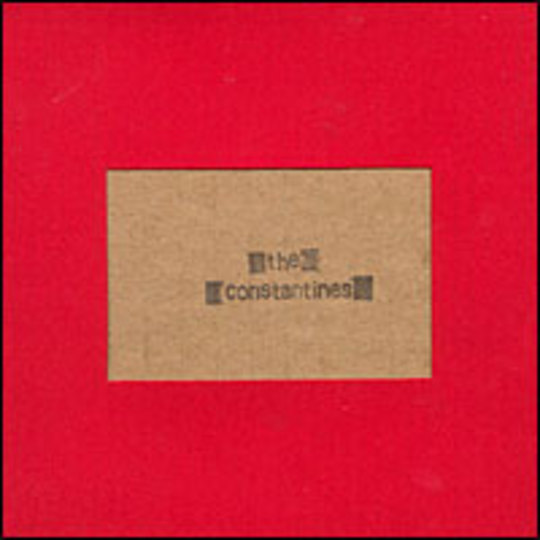 When was the last time you heard a band singing about justice? I bet you can’t remember. That’s because, all of a sudden, it seems a very old-fashioned thing to do. And an unfashionable thing to do. No one sings protest songs anymore. Of course, we do still have politically-conscious bands out there, but their activism tends to remain extra-curricular, reserved for between-song banter or for their MTV2 interview. Even Radiohead, a band with the weight of the world seemingly on their shoulders, refer only obliquely to current events in their songs, to the thief in chief and Tony’s cronies. The Libertines, the most important British band in the world right now - according to The Guardian at least - waste their time on a delusional vision of England, an ‘Albion’ that has never existed. They’re more useless than a village green preservation society. I’m mean, bloody hell, even Linda Ronstadt has more fire in her - getting sacked from a lucrative set of shows at a Las Vegas casino for dedicating a song to Enron, bad-mouthing Arnold Schwarzenegger and – that most heinous of crimes - praising Michael Moore. You didn’t even know it, but she’s the biggest fucking hero out there right now. How pathetic is that?

It’s somewhat timely then that Sub Pop have decided to reissue The Constantines’ eponymous debut from 2001. It turns out that they’re the fearless heroes you didn’t even know you were looking for. And they don’t care that it’s uncool to sing openly and fiercely about that which they believe in. Now The Constantines aren’t pushing many musical boundaries on this album. In truth, they sound exactly like Fugazi. Singer Bry Webb spits and yells like a young Ian MacKaye. Their muscular guitar interplay is worthy of Picciotto and MacKaye at their toughest. I’m not usually a fan of bands who wear their influences so plainly, but these are strange times, and Fugazi can never be a bad thing, especially with a little of The Replacements and ...Trail of the Dead thrown in for good measure. The songs on this album are melodic and spiky in equal parts and The Constantines’ wide-eyed, sometimes innocent handling of weighty subjects, about things that really matter, is incredibly refreshing in these times when someone like Har Mar Superstar has a music career.

Originally released in October 2001, and only available in Canada on Three Gut Records, it’s incredible how closely in places these tightly-wound songs mirror the current atmosphere in our cities. “Keep an eye on the neigbourhood/And an eye raised to the sky…” Webb warns derisively, and presciently, in the incendiary ‘Seven a.m.’. I couldn’t think of a more appropriate soundtrack for a ride on the New York subway at the moment, where policeman patrol the platforms and frequent announcements remind passengers “to report any suspicious activity - or persons – immediately”, or for a wander around this city where they’re setting up road blocks on Wall Street and limiting traffic access to the tunnels and bridges in and out of Manhattan. Welcome to the free world. What the hell is going on?

'Long Distance Four', one of the strongest, most poignant tracks on the album serves as another kind of warning. “Forget your rock culture,” Webb sings to the acquiescent crowd, to us all. “My generation is a ghost town/Roll me over,” he then sings impassively, tellingly. Roll me over. It’s a beautiful, sad moment in a beautifully sad song. But Webb hasn’t given up on his peers completely, not yet. In ‘Young Offenders’ an insistent bassline builds under a looping guitar melody. Suddenly, the guitars crunch and grind as Webb breaks free, exclaiming “Young hearts be free tonight/Time is on your side.” Damn. It takes guts to quote Rod Stewart with absolutely no irony. “Can I get a witness??” he then demands furiously as the chorus implodes. Well, I for one would certainly stand up.

For the most part The Constantines stick to a blueprint on this record, but there are also several surprising moments to be found here. One of the stand-out tracks is in fact a ballad, a love song. With its picked guitar line and delicate, church-like organ to lift the melody along, 'St You' is truly touching and seems at first to be somewhat out of step from the rest of the album. Lyrically, however, Webb refuses to pull his punches and it’s actually a brutal thing to hear him sing at the last, “Yeah I’m still swinging on the cross/Of St. You”. Another surprise comes during 'Arizona', the first track on the album. The key-note song, if you will. “We want the death of rock and roll” is Webb’s mantra throughout. Which at first seems rather strange coming from a rock and roll band. Until you pause, and consider The Libertines. And Har Mar. And then, I think, you will begin to agree with them. Forget your rock culture. It’s useless right now.