A Whisper And A Sigh 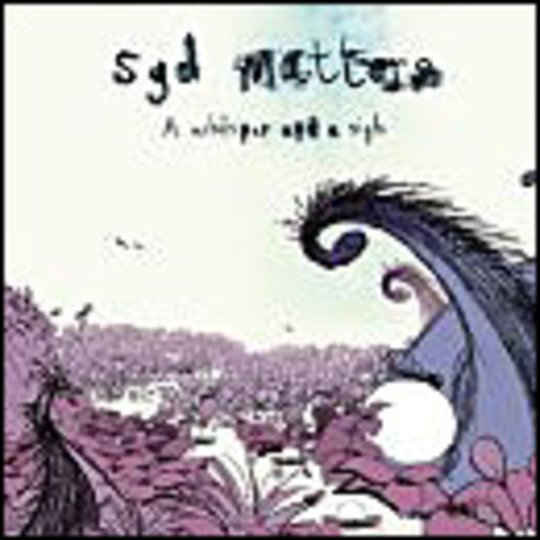 'A Whisper And A Sigh' is the first release from Paris-based singer/songwriter Syd Matters (not his real name, by the way) to be widely available over here; quite how it took a British label (V2) so long to pick up on his immense talent is puzzling. Matters' songs aren't your traditional singer/songwriter fare. Sure, his voice echoes that of excellent Irish singer Fionn Regan, but the music owes more to the alternative indie pop of the US than it does any solo, folk-orientated acts clogging the niché.

Here's the deal: think Grandaddy jamming with The Flaming Lips on a space station orbiting Solaris - the planet where dreams become reality. 'A Whisper And A Sigh' is that magical, really. Matters' tales of spotting fairies in gardens and of strange beasts with no distinguishing features and, more importantly, no bones ('Bones') may smack of an artist losing himself on flights of substantial fancy, but his delivery is never less than sincere. Heck, if he told me that he'd seen fairies in my garden I'd believe him; there's real authority here. The rising and falling keys (and accompanying xylophone) that litter the record are reminiscent of 'The Software Slump'-era Grandaddy, only this is better. Possibly. Truth is I don't know how to rate this accurately against other records - 'A Whisper And A Sigh' is a truly enchanting album that renders everything else in the world obselete for its duration. Fantastic.