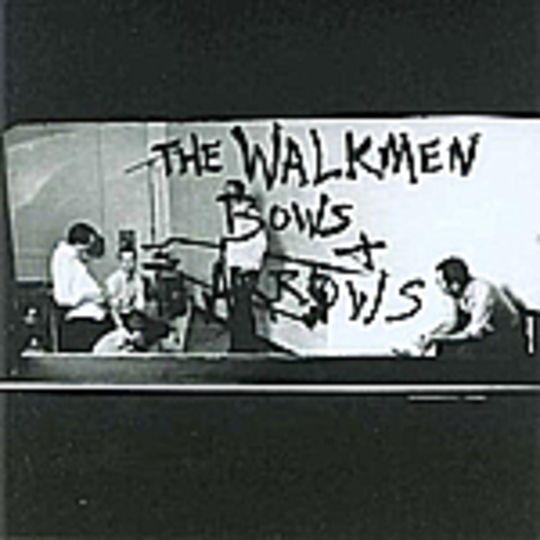 Formed in 2001, Washington’s The Walkmen consist of two, now defunct, bands, The Recoys and most notably Jonathan Fire*Eater. Led by Hamilton Leithauser, they currently reside in New York - and it shows. One can imagine the five piece desperately trying to be seen at the ‘right’ parties standing next to one of The Strokes so that they can bask in their reflected glamour and success.

Indeed, it’s difficult to avoid the Strokes references which run right through ‘Bows And Arrows’ like a stick of - garage - rock (I remember telling DiS founder Sean Adams that The Walkmen sounded nothing like them. It looks like I was wrong!). Choice examples include the rambling ‘My Old Man’, the woozy ‘New Year’s Eve’, while on ‘Hang On Siobhan’, Leithauser goes for the full Julian Casablancas, not even attempting to stamp any of his own authority on an incredibly ropey track. As for the closing title track, as Leithauser strains and struggles over what could have been a wonderful lament, the listener will be reaching for the ‘stop’ button quicker than you can say ‘Gordon Raphael’.

‘Bows And Arrows’ isn’t a bad album, merely average, struggling to match the level of excitement generated by the brilliant single ‘The Rat’. In fact that track, ‘Little House Of Savages’, ‘North Pole’, and ‘Thinking Of A Dream I Had’ would make a pretty decent EP but four tracks do not a great album make, and this is by no means a great album. Disappointing.

Razorlight at The Rescue Rooms, Nottingham, Nottinghamshire, Thu 27 May