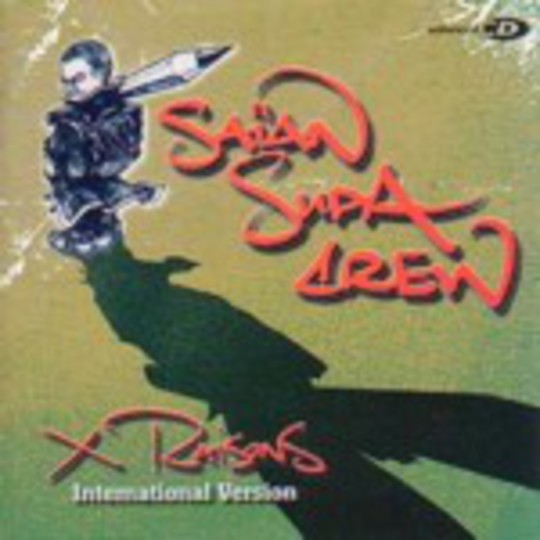 Why didn't I pay more attention in French class? I know our teacher used to lurk like Darth Vader and permanently wear the expression of a dead fish, but why wasn't it made clear to a teenage chump what he'd be missing out when he chose to stare out of the window and daydream instead of conjugating verbs and learning vocab.

See... I can listen to X-Raisons, and bloody love it's amalgamation of reggae melancholy and chaotic ragga mixed with dark Wu and Antipop Consortium on a day they decided to soundclash with Jurassic 5 , I can be bewitched by the virtuouso beatbox and voice scratching, (especially the genius spoof of euro-rock at the end of 'Maladie' and the acapella 're-mix' of 'Voodoo Chile')... and that's not to mention the furious fairground-bonkers north african sounding drum'n'bass thing called 'Polices', or the Parliament slouch of the opener 'The Beat'.... but I'm an ignorant shit, and I never listened in that class, and while the high speed technical-like-Thierry-Henry rapping sounds bloody wonderful in French, like bubbling chocolate, I don't know what the words mean, and I know damn well I'm missing out. I know the words are as fine as the sounds, I translated what I could using Babelfish, but that gives just the gist of the painting, and doesn't show the brushstrokes... Sure there are the occasional bits of english by the guests (Roots Manuva, Brand Nubian, Dwellas, Ky-Mani Marley and Arsonists), but I listen to this record and I feel like a (half indian) little englander moron.

Don't be like me. Pay attention in French class. Hip hop like this is at the top of the game and deserves to be heard by more than just the rap fanatics, and while even the ignorant like me can love the record, and appreciate the rapping as a gorgeous, fluid libretto to the music, Saïan Supa Crew are better than that. Go and see them live on one of their occasional UK shows and you'll end up a lifelong convert...listen to this album and that might well happen too.

The Icarus Line at Roadhouse, Conyers, Tue 04 May