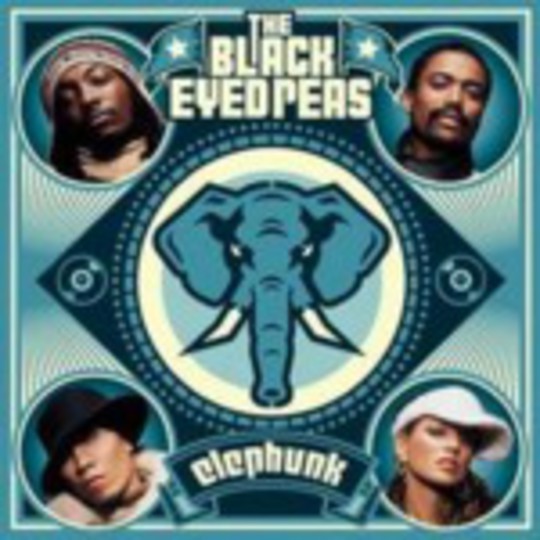 It makes me laugh that the moment a hip hop act drops the Bitch ho niga muthafker pop a cap in yer ass, the wannabe wigas in our midst subconsciously disregard them as 'pop'... a bit like the moment a metal band writes a song you can actually hum along to and get disregarded as being corporate sell-outs. Notice the way that Outkast were worshipped based on one great summer single, when the album was jammed full of sexist lyrical cliché, and **The Black Eyed Peas are written off, yet the way I see it, the unashamed enthusiasm and fun in 'Elephunk' makes BEP the true heirs to the legendary De La Soul. I say discard the inherent indie kid prejudice against anyone who has lots of hit records and gets radio airplay and just listen. This record is full of first rate rapping, first rate tunes, first rate instrumentation. Look on the surface, and you've got an album full of memorable songs, hooks that lodge in your mind... but look in depth, and it's quality from the top down.

This is a mostly very organic album, made of voices, drums, percussion, bass, guitar that flips from flamenco to Chris Isaacs,and the essential brass section (though one that embraces latin sounds as well as classic soul), made in much the way seventies funk and soul records were made, made in the way The Roots records are made, and it's a refreshing change from the predominantly machine music favoured by todays godfather producers, Dre, Neptunes and Timbaland. I love the way Will.I.Am, Taboo and Apl.De.Ap have integrated the female vocals of Fergie, the most recent addition to the band. The vocals on this record are a true synergy, perhaps because her vocals have a lot more bite, sass and sharp timing than Fugees or Spooks, where Lauryn Hill and Ming Xia, though great singers, tended to contrast with the rapping around them rather than play off it. (reminds me of the long lost and sadly missed interplay in late 90s british band Lowfinger). I love the way the music and videos are made up of four distinct characters, all vying for attention. **Fergie is the new female benchmark in the charts, knocking Beyoncé, Christina and the rest into a cocked hat, and yet in the Black Eyed Peas, her talent and presence is matched by that of the guys, four quarters of a whole, just like on the album cover.

Everyone will know the hits, the slightly saccharine hippy anti-gulf war anthem, 'Where Is The Love' and the pin sharp R&B/Rap of 'Shut Up' and 'Hey Mama', and perhaps a few folk might be a little tired of the way they've carpet bombed the airwaves in the last year. Cool your boots, stand back for a moment and when you've calmed down, come back and give the album an objective listen. I'm not going to pick out other tracks because I tend to listen to this record beginning to end, but the listening experience feels like putting on a great P-funk/70s disco/Daisy Era hip hop album. When all the songs are good, you kind of soak the album up as a whole. I'm not going to say it's the 'Best Hip Hop Album Of 2003' or any of the other accolades that were flung at 'Speakerboxx' or our own home grown, 'Boy In Da Corner' , but I will say that when I reach for a record to play on a sunny day, it isn't the skits and tricks of the former, or the brutal dissonance of the latter, but 'Elephunk' that gets put in my stereo and turned up loud.