Who Killed The Zutons 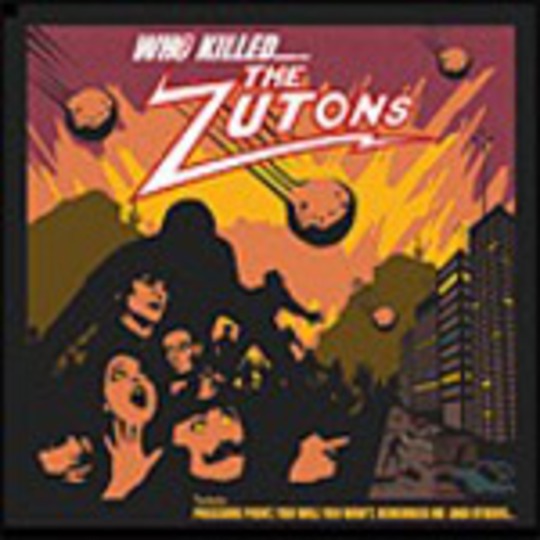 God, you lot really are a suspicious bunch aren't you? It's the fickle world of indie, and diversity is dry humped to death with a complete disregard for quality control, whereas good, solid musical articulacy is viewed with all the suspicion of a prison inmate with a regular supply of cigarettes. It's not right, is it? So along come a rather new and and exciting gang, and immediately they're being pigeon-holed as nothing more than post-Coral copyists.

The facts: The Zutons are signed to Deltasonic, home of **The Coral**. They're from the borough of Liverpool, home of The Coral. They craft catchy, melodic pop songs with a slight skew, just like The Coral. In fact, they're nothing but a second-rate Coral, having been signed after The Coral. Right? Well, no.

'Who Killed The Zutons' is a thoughtful and inventive debut album that is more accomplished and accessible than the first offering by the Skelley crew. A largely even composite of sinewy rock (as typified by current single '_You Will You Won't_') and jangling trademark scouse pop (the best of which being the inevitable single 'Remember Me'), it's the latter selection of tunes that will draw comparisons to the Hoylake lot, and before them The La's and Shack. Add to that a smattering of country, folk and blues, and it's a surprisingly nourishing listen. However, The Zutons have a decidedly darker heart than their current Liverpudlian peers - perhaps more akin to the brother's Head, Mick and John - and an endearing black fog surrounds their songs. Sample lyrics include "_Well, the cops are at the door, and you know that they want more? you can hear the guns outside / watching riots with their eyes_" from the melodramatic pop of 'Havana Gang Brawl', a semi-fantasy but clearly steeped in their own crazy locale. Breakthrough single '_You Will You Won't_' typifies their fascination with the hours between the dusk and dawn; "You say you love day, but you only come out at night". 'Dirty Dancehall', however, shows a disgust with the brighter spots of their home city; "_everyone's dancing / feeling fine / but looking like Zombies / as though they're dying? this is just a night in the city of culture / but everyone's wife looks like vultures_". Nice stuff.

Indeed, the Zutons can spin an informed yarn with the best of them, and whilst the words may be delivered with a certain wryness, musically it's expertly and earnestly crafted. Opening duo 'Zuton Fever' and previous single '_Pressure Point_' are taut and edgy, metered out with a metronomic precison, whilst the gentle folk of 'Confusion' is featherlite and lush. However, the most immediately endearing track and a potentially superb summer implosion is the La's-esque 'Remember Me' which despite it's jauntyness is a rather perverse eulogy to a best mate lost to romance. Singer Dave McCabe declares that he's "_made a deal with the clouds / gonna turn that summer to rain ? come and see me again_". Nice. Sort of sums the Zutons up, really; great with a tune, but probably not the best characters to hang with in the search of a wholesome life.

You're Not The Law