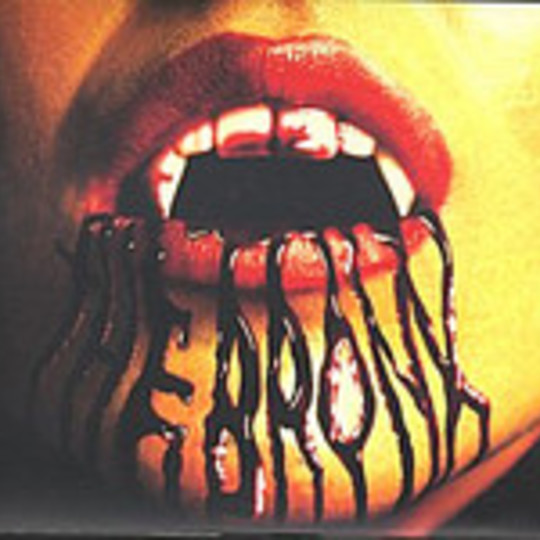 We’ve all vented our anger at some time or other at the MTV-sponsored pseudo-punks such as *Good Charlotte *(indeed, some of us have more reason than others) at the way they proudly hold aloft the punk banner whilst executing some of the most uninspiring, throw-away commercial pop that is as far-removed from punk as George Bush is from reality. But now, _now _with *The Distillers *making waves and *The Bronx *entering the fray it seems we’ve finally got some bands with the passion, guts and lyrical muscle to blow these pretenders away and show the kids what punk rock is really all about.

Originally released on their own White Drugs label in the states and produced by Gilby Clarke *of *Guns ‘n’ Roses *at his LA home studio, The Bronx’s self-titled debut album is a raucous, blood-pumpin’ maelstrom of super-charged riffs, out-of-control shrieks and cool hip-swinging licks with influence rooted in the brash high-energy grooves of old tour-buddies *Rocket From The Crypt.

From the adrenalised shit-kicking riff of opener ‘Heart Attack American’, The Bronx rip the carpet from right under your feet, stirring up a screaming tornado of ass-whippin’ punk rock that - like much of this album - is just unrelentless from start to finish. They’re a band brandishing the flamin’ blues-ridden grooves of The Stooges *and *MC5, pumping them with an explosive modern-day re-interpretation slammed straight up to 11 and burning with a wreckless live-fast-die-young attitude.

Stand out track ‘They Will Kill Us All (Without Mercy)’ is an intense wide-eyed, fist-pumping slab of anthemic white noise that bares references to a previous history of drug taking that underlines the album with a dark defiance, fuelling the energy that courses throughout with words of frustration (“my scars have overrun my skin/leached onto everything inside” - ‘Gun Without Bullets’) and a bold convalescence (‘I Got Chills’, ‘Heart Attack American’). Clearly meeting girls at the Warped Tour isn’t on The Bronx’s agenda just yet.

From start to finish _‘The Bronx’ _is a 30-minute whirlpool of adrenalised rock ‘n’ roll, spiked with cold-sweated angst and a muscular anthemicism that burns with the kind of pure and exhilarating vivacity that the likes of *F-Minus *ooze in abundance. Utterly essential