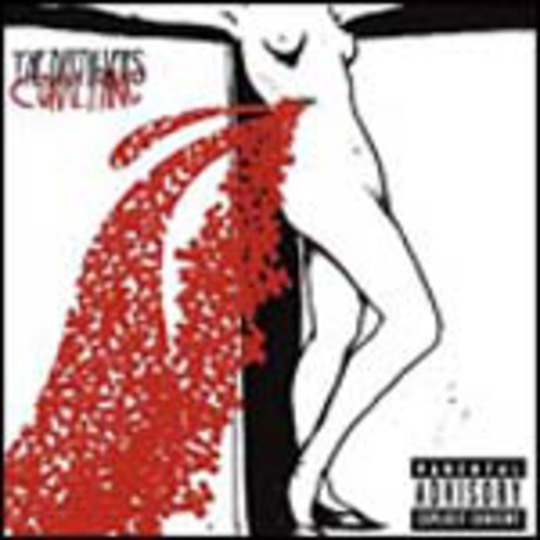 Barring, as my colleague rightly corrected me, the inclusion of one Karen O (why do I find it so hard to count the garage kids?), the void in the market of genuinely inspiring frontgrrrls has been glaringly obvious for years. Not since (here it comes…) Courtney Love has any one lady made such an ugly-beautiful scar in the landscape of rock. Not since ‘Live Through This’ has such a woman concocted a punk record so heart-stoppingly brutal, yet at the same time so focussed and direct.

The combination of these happenings has landed The Distillers with a glut of press attention, leading to the break they’ve been waiting for since the release of their debut album three years ago. And yeah, we probably should’ve noticed their potential back then, but it wasn’t until ‘Coral Fang’ that Dalle really pulled the proverbial cat out of the bag.

Of course, early comparisons to Hole are inevitable. Their singers share a similarly gut-wrenching yell of a voice, a brutally honest approach to lyric-writing and a penchant for catchy, guitar-driven rock’n’roll. In truth, the record sounds like a seamless amalgamation of the three Hole eras (punk, grunge and rock), with Dalle’s ska roots almost entirely supplanted in favour of a grungier muse.

Wherever her inspirations came from, ‘Coral Fang’ leaves the band in no one’s shadow. They no longer owe much to her ex-husband’s troupe, Rancid, and the split appears to have left Dalle with a feast of lyrical inspiration. The much quoted line from current single ‘Drain The Blood’ (“I never met a pearl quite like you/Who could shimmer and rot at the same time through”), is a fine example of the poetic bile at work here.

Other highlights include the blistering ‘Die On A Rope’ and ‘For Tonight You’re Only Here To Know’, a fucked-up love song, which is tastefully illustrated in the sleeve by a pair of severed stilletto’d legs, hanging from the branches of a tree.

Girls inspired us boys into picking up guitars and inventing rock music back when. It’s finally time for them to take back what is rightfully theirs and show us how it’s done. By their next album, we won’t even need to mention Hole.