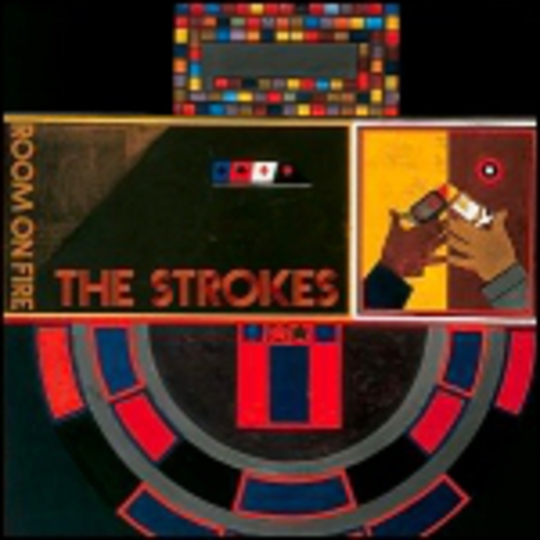 A pile of prozac with your name on them. A job that eats your life; gives you nightmares and makes you waste your days in stale-smelling offices with paper walls. Relationships made of complaints and excuses; couples who can't love each other but can't live apart, and proceed to tear chunks from themselves 'till there's nothing left. A life that wanders on autopilot, until one day someone asks what you have to show for it, and all you can find is a puddle of debt, some so-called friends and a drinking problem. Then you realise that something's got to change.

Pop music is the art of feeling weightless. It's about shaking yourself free of the burden, the obligation, the ball-and-chain boredom of modern life. About how three-chords and a melody can make the bad stuff seem less real. Less powerful. Less likely to swallow you up. It's made for drunken dancing, slurred singing, being with your friends and enjoying life despite what it does to you.

But why The Strokes? Why should you let a group of arty, rich-boy prep-school posers force their hyped-up, rip-off rock on you? Surely they're just a bad joke; a style-mag stunt; a group of trust-fund delinquents who dropped into music to avoid working on Wall Street. If they don’t 'get' your pain, what chance do they have of making it better?

It's true that 'Room on Fire' doesn't deserve the hype it's been lumbered with; judged alongside the wealth of bold, boundary-breaking albums released this year, The Strokes' second sounds like a timid, attention-seeking gimmick based on lightweight tunes and a good record collection. But albums should never be judged solely on what else is out there, and those with the knives out are ignoring one inescapable fact: their songs are fantastic.

Bursting from the blocks with a 'Flashdance' bassline, yapping guitars and Julian's playboy sneer, 'What Ever Happened?' reminds us what we've been missing; the coke-addict energy; the drop-out chic; the sheer life-sick cynicism that emanates from his Lou Reed ramblings. Everything that made the world fall for 'Is This It' not only remains in its successor; it shines even brighter.

The proof is in the swooning white-reggae of 'Automatic Stop,' the mod-ish 'give-a-shit' stomp of 'I Can't Win,' and the stage-trashing, spite-spewing put-downs of 'You Talk Way Too Much;' this isn't the sound of a band departing from their debut; but one who've refined their songs into the kind of perfect sleaze-pop missives we were always promised.

The joyous, jagged romp-pop of '12.51' is a case in point; an arsenal of nagging guitar lines that mimic Casablancas’ nursery-rhyme melody before Fab's drumkit explodes into a giddy mess of trashed high-hats and Blondie-esque brilliance. Then there's the plodding street-swagger of 'Between Love and Hate,' which meanders harmlessly before a fantastic, out-of-nowhere chorus line arrives, transforming it into a piece of stadium-swelling wonder.

But the undoubted highlight here is the astounding 'Under Control;' a gorgeous silk-clad slow-dance of Sam Cooke soul, with Casablancas' rasps of despair and regret adding real emotional weight to the shoulder-shrugging nonchalance we've been used to. While the lyrics still amount to 'Fear and Loathing in East-Side Apartments,' the down-the-line directness of words such as 'I just want to watch you go by' add a sincerity that make his songs all the more believable.

Sure, lots of people will hate it, and those sad, pallid indiesnobs who creep around crappy Camden pubs lamenting the demise of Mansun will certainly find it hard to take. But we'll let them argue amongst themselves. In truth, if you can recognize its limitations and understand that far better records have been made this year, then it's possible to enjoy 'Room On Fire' for what it really is; an adrenaline-fuelled head-rush of precision-perfect pop tunes about modern life – about sex and cynicism, love, despair and the art of feeling weightless.

The Strokes don't 'get' your pain. But they will make it better.