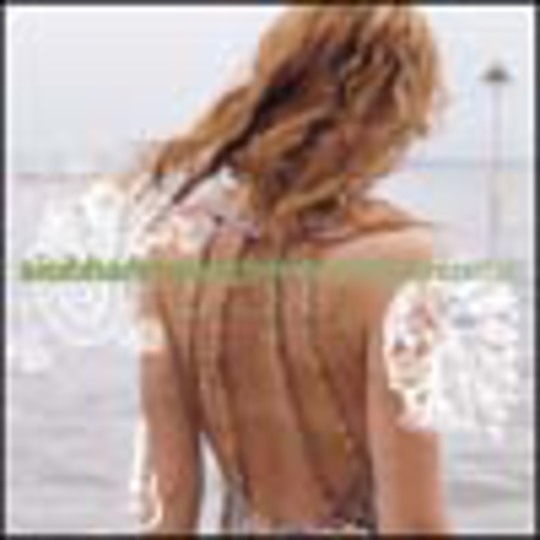 For anyone who has somehow missed out, the story goes something like this...

Four years back, three sultry young lasses dealing under the name Sugababes, sign up to London Records. The press go wild for ï¿½em and the kids go and buy their first single, ï¿½Overloadï¿½, in sizeable droves. Their album, ï¿½One Touchï¿½, eeks into the charts in the low 20s, but thanks to a couple of modestly received singles and lots of favourable reviews it manages to hang in there for three months. They become, for all intents and purposes, the pop band itï¿½s okay for fans of ï¿½real musicï¿½ to like. Unwisely, their record company decide not to renew their contract and they disappear off the radar for a year.

Meanwhile, founding member Siobhan Donaghy ï¿½ the shy, quirkily beautiful 16 year-old who took the lead vocal credit on three of their four singles ï¿½ walks out on the girls in the middle of their tour of Japan, never to return. Rumours of bullying within the group circulate and Donaghy is apparently to pursue an interest in fashion photography.

We all know what happened next: with a little help from Richard X and an early member of Atomic Kitten, the Sugababes made their triumphant return and are now one of the biggest pop bands around. But what of their wayward starlet?

After the incident in Japan, Miss Donaghy suffered a nervous breakdown and returned home to live with her parents. She sat back and watched her former friends hit the big time and bad-mouth her in the press and never once took the opportunity to retaliate. A year on, a chance meeting with ï¿½One Touchï¿½ producer Cameron McVey led Donaghy to reignite her passion for music and, with a little help from some talented friends, she had soon put together an album of her own work which her old label agreed to release.

The first thing you realise after listening to ï¿½Revolution In Meï¿½ is exactly how much of an influence Donaghy had on the first Sugababes album. It would be unfair to pass this off as ï¿½One Touch Part 2ï¿½, but in many senses that is a fair conclusion. The tripping beats and staggered vocal phrases make a welcome return here, along with a newly acquired sense of real songcraft.

The second thing to note is ï¿½ despite what you may have heard ï¿½ this is no indie album. Only the hit ï¿½Overratedï¿½ and the truly magnificent ï¿½Twist Of Fateï¿½ really push the alt-pop buttons in any real sense. The rest of the material here is divided between upbeat vocal-led pieces (ï¿½Man Without Friendsï¿½, ï¿½Facesï¿½) and sophisticated late-night comedown tunes (ï¿½Little Bitsï¿½, ï¿½Suasexï¿½). If there were ever any doubts about Donaghyï¿½s singing talents, let me lay them to rest now. Not only is she in exceptional voice throughout these recordings, but anyone who had the impetus to drop into one of her recent small-venue gigs could not have failed to be wowed by her versatile gift.

The lyrics on offer here are as wonderfully dark and dense as the atmosphere created by the music. ï¿½Twist Of Fateï¿½ offers the bittersweet couplet, ï¿½With all this double meaning I have doubted my resistanceï¿½ tell me how am I supposed to keep you close with all Iï¿½ve witnessed?ï¿½ while ï¿½Iodineï¿½, the world-weary cousin of ï¿½New Yearï¿½, laments, ï¿½Hereï¿½s the paradox/Weï¿½re like presents all wrapped up/And we canï¿½t wait for you to give us away.ï¿½ And just when you think things are looking a touch depressing, along comes the elegant ï¿½As You Like Itï¿½ ï¿½ a playful ode to mixed signals ï¿½ to lighten the tone.

As with ï¿½One Touchï¿½, ï¿½Revolutionï¿½ï¿½ is not an album you can fully digest on first listen. It makes you work for your pay off and thus will probably be largely overlooked by the masses. The sad thing is, given the proper attention this could be the album to revitalise the woeful current state of pop music. Instead, it will have to make do with being the pop album of the year for those few in the know.

The Minotaur Takes a Cigarette Break