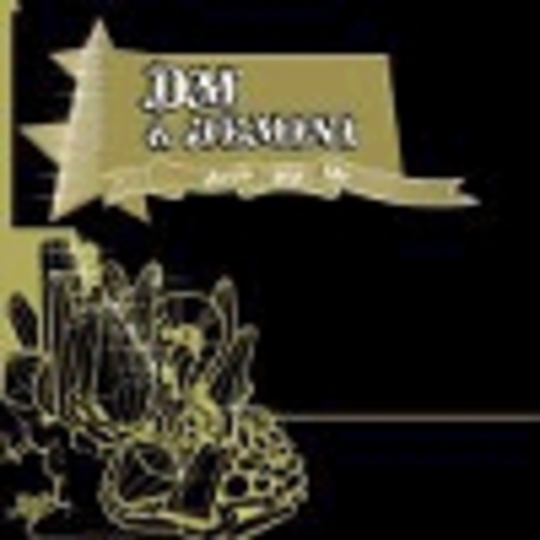 If you still need telling by now, then prepare for excitement – DM & Jemini might very well be the perfect combination of straight up and backpack rap the world never knew it needed. Until now.

DM&J, or Danger Mouse and Jemini The Gifted One to give them their full names, enjoyed fascinating and equally differing paths to the point where they now stand.
If only botched record deals and weird DJ jiggery-pokery always led to, if you will, experimental mainstream hip-hop.

The juxtaposition of DM & Jemini’s personalities is a direct reflection of the creative battle raging inside ‘Ghetto Pop Life’. On one side is serious, straight-talking Jemini; opposite him smirks a leftfield-inclined self-proclaimed Craig David look-alike with a penchant for dressing in giant animal suits. A match made, if not in heaven, then somewhere damn interesting.

The Gifted One is patently talented in more than one discipline too, as he enjoys talking about his dick. A lot. Not that this stops him from spitting his mind at Olympic gymnastic level, sometimes to Public Enemy standards, and no better than on Yank government bashing ‘Bush Boys’. Although already dismissed elsewhere as dated due to the gestation period of ‘Ghetto Pop Life’, how can it be? That fucker’s still in the White House, America still unofficially runs the globe – got a better time to drop this?

Hence, Jemini angrily rants “I never thought I would ever see the day when African people would say they Republican”, interjected with much talk of sinister New World Order and “motherfuckers” with “their fingers on the button”. Fight the power, as Chuck D would no doubt tell us.

Back in less political climes, ‘Medieval’ is ’80s synth-backed genius, helped on its way by The Pharcyde. It’s catchy as shit and on first listen it even sounds as if, ahem, there are “lyrics spread through your poo”. Closer inspection reveals “poo” to be “crew”, but hear what you want; it won’t detract from this squelchy nugget of brilliance.

Despite Jemini’s stern lyrical bombs, a few real comedy moments sneak through, allowing day-brightening quotes like “even Britney can’t get it for free” (on ‘Take Care Of Business’) and the ‘Yoo-Hoo!’ intro, where a random woman notes “my mother once told me that a man would fuck a snake if you held it’s head”. It remains a mystery, however, if she means the man’s head or the snake’s.

But forget all this jollity and go settle into some ‘Ghetto Pop Life’, if only to ensure Jemini doesn’t spend another decade in the wilderness.