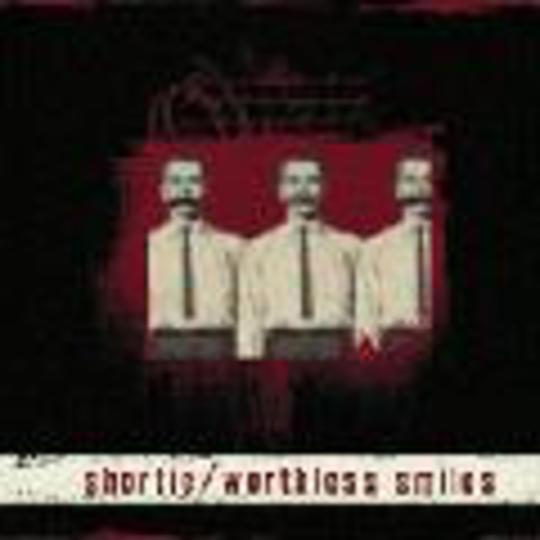 ‘Emo-core’ seems to be flavour of the month right now, what with the likes of Finch, **Thrice, The Used and countless others basking, Scrooge McDuck-style, in a sea of press cuttings and fan letters showering nothing but praise & acclaim upon their angsty fusion of metal, pop and punk. Not that there’s much wrong with those bands; ‘the kids’ are evidently latching onto something with a heck of a lot more passion and intensity than the likes of Blink 182 or Wheatus.

But it’s when the kids actually _latch onto something _that the balance begins to tip, when labels become eager to spoil the kids rotten with a never-ending conveyor belt of acts eager for a rented allotment in the hearts of the music-buying, gig-going kids... at least until they’re 16 anyway. However, that doesn’t seem to be at such a crucial stage right now. Right now – summer 2003 – the kids can’t seem to get enough of emo-core, any band with dyed black hair and an Atticus hoodie seemingly guaranteed a rider of groupies before they’ve even released that ever crucial teen-angst single.

So what of Shortie? Ok, so they have the dyed black hair, black armbands, skin-tight tee-shirts, cute puppy-dog eyes, and they boast of having “emotionally-charged songs” and _“heart-wrenching melodies” _in the style of Thursday and Taking Back Sunday (officially the most name-dropped bands in press releases this year). Anyone else smell a rat?

Well I’m as sceptical as the next journo but, as hard as it is for me to admit it, I actually really love this album. Despite their own descriptions above, Shortie peddle melodic post-hardcore metal not a million miles away from Glassjaw or Finch. But whereas Glassjaw found a foothold in the intense rapid-fire stutterings currently lighting up the metal scene through Poison The Well *and *Sikth, Shortie seem to have forecast what Glassjaw’s ‘mature’ third album might sound like, incorporating driving, full-bodied Finch-isms with smooth Chino-Palumbo croonings.

Encompassing this, the melancholic anthem of discontent, ‘Waiting’, is reliant less on screaming out words of frustration than just collapsing into a strong melodicism that carries the song through on a wave of bristling emotion. But then, with production duties taken care of by the same Dave Dominguez that has provided the likes of *Papa Roach *and *Staind *with their epic stadium rock grooves, that’s no real surprise.

Other tracks ‘Open Season’, ‘Kill The World’ _and _‘David Bowie’ _(with some viciously rare backing screams), while not veering too far away from their predictable, but still rather infectious style, are just as strong. _‘Worthless Smiles’ - rounded off with a cover of Portishead’s _‘Sour Times’ _that edges perilously and startlingly close to Limp Bizkit - is a strong, well-levelled album that’s as heavy as it is passionate. And all those waiting impatiently for a return of Glassjaw, you could do far worse than check it out.

The Best Of Me