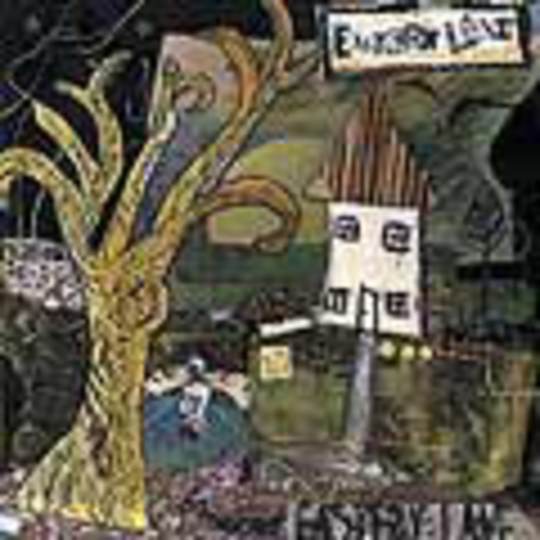 Take a train out of London and head north past Leicester, past Leeds and beyond; cities and people turn into countryside and nothingness. Finally we reach Berwick-upon-Tweed, the last town in England. Carry on north and we have Scotland, to the east the cold expanse of the North Sea and to the south and west nothing but rolling countryside… this is the sound of Eastern Lane.

On first impressions, Eastern Lane are a jangly guitar pop band, something you’d find from a few years back. But there is something deeper there, lyrics conveying nothingness and isolation but at the same time the happiness and freedom of running through the fields and woods free from the constraints of the city, sometimes dark (‘Vena Cava’) and sometimes happy (‘Dead July’). A fine mixture of Mogwai style music and Ian Curtis’s lyrics.

It gets a bit angular in places, sometimes a bit country and western like in ‘Portrait of Tuesday’ whereas ‘Looking for Roses’ and ‘Holy Arms’ are garage rock, like a live Strokes, pounding drums, jangly squeeling guitars, frantic yet thoughtful.

‘Humard’ is best listened to via headphones on a train rolling past the sea, haunting loud and quiet music it makes you think, and appreciate the world around you.

The final track ‘Hear the Dark’, recorded in pitch black at 2 am, you can feel the emptiness run down your back. Close your eyes and you’ll find yourself in the middle of nowhere, the music echoing around you and through you.

‘Have you finished with my words? I need to waste them again.’ A simply stunning album.

The Flamingo 50, Lack Of Reason, Glenn Paterson, Voo at Barfly, Liverpool, Sat 31 May