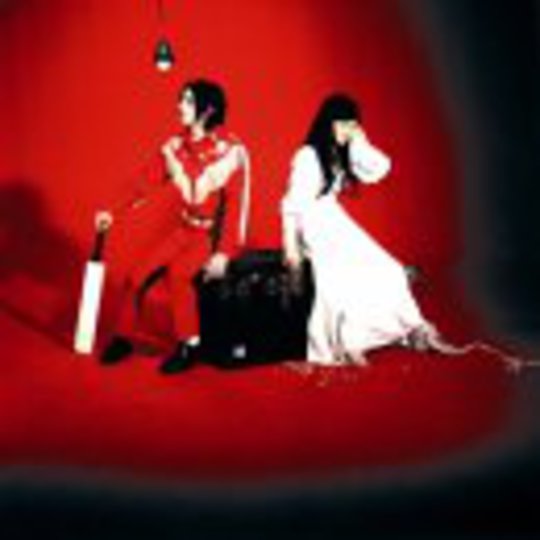 Having tried to 'live' with this album since its release, the fact of the matter remains - **'Elephant' is not a great album.**

Shock! Its sprawling 14 tracks rarely cover new ground from the previous three long-playing efforts. The riffs feel repetitive and on occasions the songs ape older tunes - 'There's No Home For You Here' is basically 'Dead Leaves and the Dirty Ground' all over again.

I would've loved to have said how I can get lost in music in 'Elephant', how I could get drowned in sound, but that's just not happening. Don't get me wrong - had this been a band's debut album it would be something definitely worth shouting about. But it's not; it's the White Stripes fourth, and you kinda expect a bit more from a band's fourth album.

'Cold Cold Night' (with Meg on lead vocals) sticks out a mile due to it straying from the garage/blues gusto of its companion tracks. 'I Just Don't Know What To Do With Myself' - a radio session recording - has no place on here at all and its inclusion is baffling, not because it's a cover (of course they've recorded covers before) but it sits uncomfortably at the start of the album.

It's not until 'It's True That We Love One Another', with its wobbly Moldy Peaches-style singing, where they really shine through. Why? Because it's simple, it's fun, because it doesn't have Jack doing his crazy guitar slides all over the place like much of this album does (he's a great guitarist, but it does grate after a while). Unfortunately, it's the last track and that's that.

Harumph What a let down.