No Vacation From The World 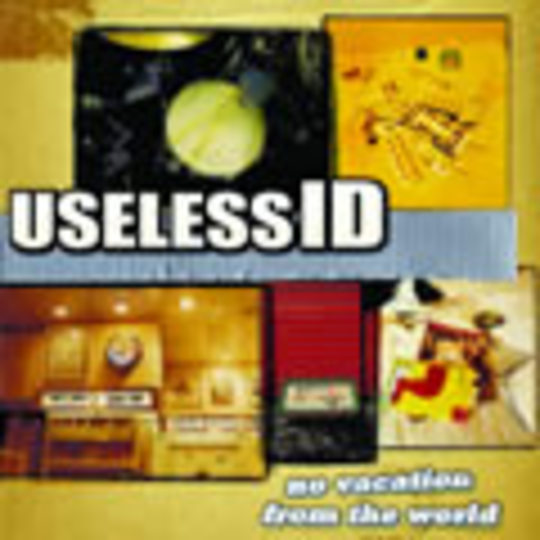 Okay, hands up who bought the new *Ataris *album. Now hands up who actually liked it. Be truthful. Hands up those who first got into them through fiery pop-punk anthems like ‘My So-Called Life’ and _‘San Dimas High School Football Rules’ _and long for a return to those up-beat melodies that provided a shimmering light in an otherwise tedious adolescence. Yep, quite a few of you it seems. Now wouldn’t it be great to have a band appear that crystallised that youthfulness, that were somehow different form the sickeningly sweet, squeaky clean acts that just about pass as pop-punk (in a ‘loud guitar / bouncy tunes’ kinda way) right now.

What if I told you the answer came from the Middle East? Or, more specifically from the small town of Haifa, Israel. It’s not exactly the kind of place you’d think to look for high-octane melodic punk but amid the increasing tension currently engulfing the area the four members of *Useless ID *have been honing their skills and their third full-length, ‘No Vacation From The World’ is more than capable of casting a shadow over many of their Californian counterparts.

Though hardcore Ataris fans will remember their 1999 split EP with Useless ID it’s worth pointing out their progression into more powerful waters, where a track’s melodic momentum has seemingly been capitalised through punchy production work (by none other than Kris Roe) and seething guitars. Song titles like *_‘My Therapy’, ‘At Least I Tried’, ‘Unhappy Hour’ *and **‘The Worst Holiday I Ever Had’ **_may suggest a difficulty in relating to a carefree Californian vibe lyrically but musically, as the latter track shows, they have that tuneful punk rock thing nailed right down.

Disappointed Ataris fans, you know what to do.