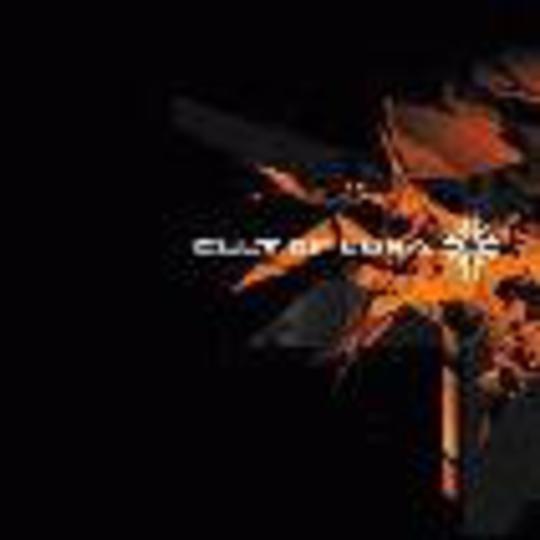 Following swiftly behind last year’s towering noise-core masterpiece ‘The Beyond’, this is a welcome re-issue of Cult of Luna’s self-titled debut, originally released through *Rage of Achilles *in 2001 and limited to just 2,000 copies. Driven through a unified desire to capture the raw, innermost human feelings and emotions that are permanently in conflict with each other during humanity’s struggle for felicitated happiness, this is an epic journey through darkened catharcism and ruptured turbulence, Cult of Luna channelling their collective neurosis through a 60-minute torrent of post noise-core flourishes as ripplingly authentic in its approach as it is so utterly devastating in its delivery.

An eye-opening rollarcoaster ride of emotions, its harrowing textures depict some disturbingly tumultuous rage in tracks like _‘Beyond Fate’ _where bleak soundscapes converge with the most apoplectic of Breach-like despair.

But it’s in the minute or so of soul-prickling calm half way through the 14-minute opus _‘Sleep’ _that the tension thickens and you can almost feel the knife slowly tearing through veins of depression before the tempestuous sounds of schizophrenia beckon one last wrestling match with the soul.

After 60 minutes it’s all over. The CD stops spinning and all I’m left with is the wind rattling through my broken ribcage.