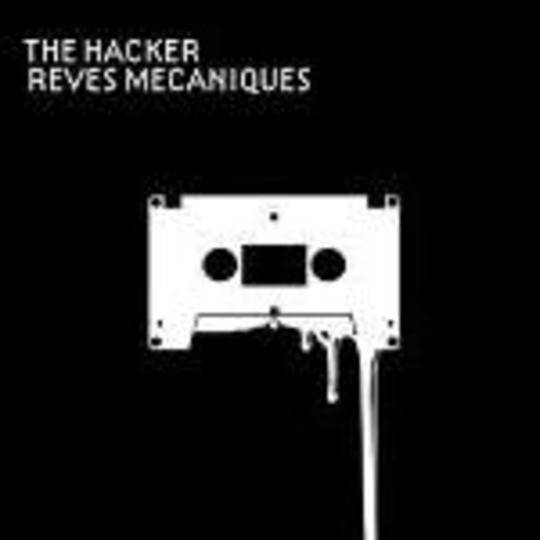 How exactly does one dance when they’re soiling their drawers? Messily, one would think. My feet want to move to ‘Reves Mecaniques’; be they in the kitchen, at the bus stop or under my desk where they presently reside, they want to dance away today. Problem is, much of The Hacker’s latest is ruddy terrifying. So much so that involuntary bowel release is a distinct possibility.

This is Michel Amato’s second full-length effort under his favoured pseudonym. The first, ‘Melodies En Sous-Sol’, was heard by few – the leap to the big league came courtesy of a certain Miss Kitten, not through the efforts of Amato alone. Their singles for the Gigolo label established the pair as leaders in the electro-pop field, but without the assuring presence of the onstage dominatrix originally Christened Caroline Herve, Amato comes somewhat unstuck. Much of ‘Reves Mecaniques’ becomes effortlessly predictable after only a few tracks, and struggles to break free from a mould created by the protagonist himself. Yes, it’s gonna make you wanna move those feet, and yes, it’s full of menace and tension and unknown horrors lurking around metaphysical corners, but so what? Post-euphoria clubbers will lap up the creepy ambience of slasher-flick track ‘Village Of The Damned’, but for all the accessibility of the Kitten-assisted ‘Masterplan’ there’s just too much filler here, and I’m not talking about the caked-on insides of your pants.

An opportunity missed to expand one’s more meaningful output, ‘Reves Mecaniques’ is a wholly one-dimensional affair that’ll lose its appeal faster than a rotten jalfrezi is jettisoned on a Sunday morning.