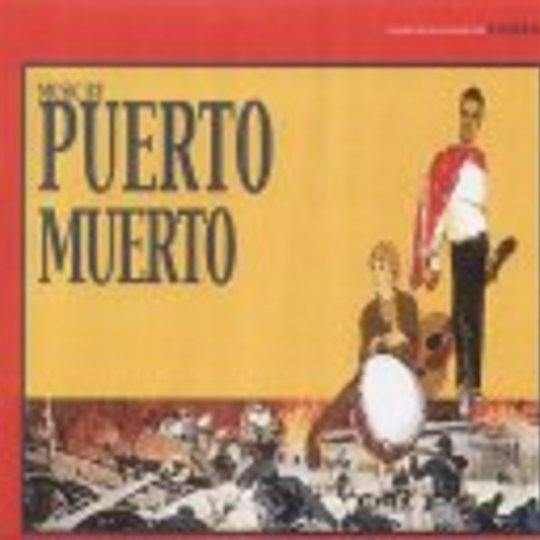 Country is sometimes a dirty word. It brings to mind people like Garth Brooks, Kenny Rogers – and all too often ignores the less commercial, alternative country scene that doesn’t make it to the front pages: And Puerto Muerto fall into the latter

Perhaps closest to like bands such as perennial underground indie faves as Sparklehorse or **Lambchop than anything else, Puerto Meurto are from St. Louis, and comprised of Tom Kelly and Christina Meyer. They make a quirky blend of Spanish acoustic folk, and German cabaret that belies a Poguesesque-cum-Spaghetti-Western feel, only crossblended with the eccentricisms of Captain Beefheart meets Kurt Weill via Tom Waits. A lazy comparison maybe, but across the 18 songs here, there’s a gamut of sea shanties, sordid stories, quirky lyrics and unpredictable melodies, (such as on 'Jean Lafitte'), ranging from melancholy (as on 'Hetta') to celebration via absolute mayhem . Which can only be a good thing.

It’s sometimes hard to pigeonhole due to eclecticism, but none the lesser for it. If your idea of country music starts and ends with Tammy Wynette and Shania Twain, then forget about listening to this, go listen to that shit instead, go listen to something bland, mediocre and forgettable, and don’t ever, ever fucking fool yourself that what you’re listening to is music, when all you’re listening to is some marketing men’s dream, a bland lifestyle choice to fit in with the demographic. This exists outside that, where music isn’t just another form of selling advertising, hawking beer and plaid shirts.

If you want something a little more challenging, a little unconventional, then this is as good a place to start to change your mind as any. Lets face it, if you like Garth Brooks, either need to paint the walls with your mind or you need to open your mind. Starting here would be a good, and much better, choice.