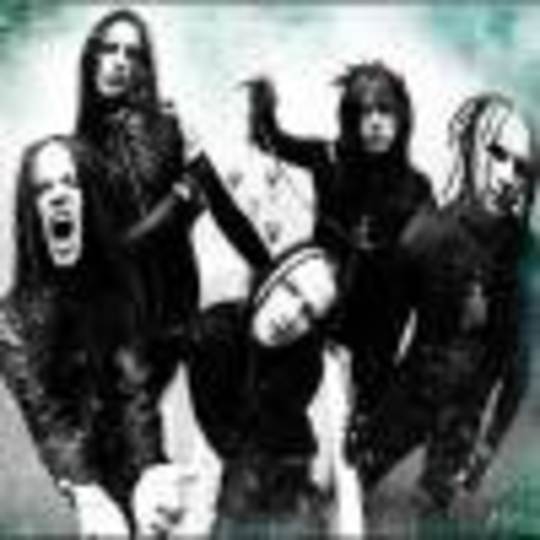 Try adding members of Slipknot, Static X, The Frankinstein Drag Queens From Planet 13 and, well, 2 other guys (one called Graves.. ooh, spooky) and see what you get...

"Some things are better left unsaid, But I'd like to see a bullet in your head"

Yeah, you heard the man, leave the baggage at the door and take them for what they are, now. True they're a Frankinsteinian creation of a band, but hey, you can't have a monster with out getting the bits from somewhere can you? And with a 15 track album hemorrhaging with filmophile tributes, odes to dropped-dead gorgeous girls and good old fashioned violence'n'hate, this is a monster made very much by a mad scientist, a mad scientist of ROCK.

"Welcome to my nightmare, facedown in the dirt, the Bride of Frankenstein in a mini-skirt"

You should have heard the single by now (it's not like Slipknot side projects are underground now is it?) and with it's every line namechecking a pillar of the American horror movie scene you start to see that the Murderdolls aren't quite the morbid social commentary guys you might be expecting. The only time they sound like Marilyn Manson is when singer Wednesday13 screams "God!" every few songs and while repeat listenings to this record will give you an insight into the band's world of cult films ("Dawn Of The Dead" "Dead In Hollywood") and necrophillia ("She Was A Teenage Zombie" "Graverobbing USA") but don't worry, hidden depth isn't wanted or needed here.

Very heavy goth stylings yes, but they never even begin to head towards Cradle of Filth pantomime and there isn't one song with keyboards, it's all guitars and drums from here on in. Glam-goth with a smile, a band who know that splatter-films are cool and that hey, dead girls don't say no, and with an album ending barrage track as good as "Motherfucker, I Don't Care" you'll start thinking that prehaps the other band's they're in could really be the side projects...

"Slit your wrists and show God who's boss. Good bye, so long, get lost, fuck off"