A Rush Of Blood To The Head 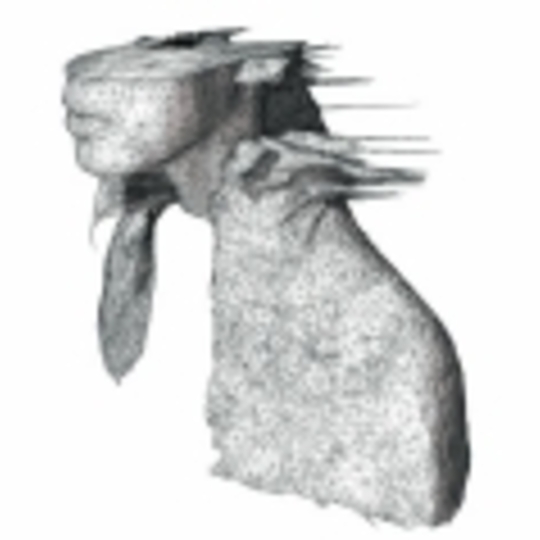 "I'm gonna buy a gun and start a war"

A woozy awaking. Some coffee downstairs. Sleepily crawling back upstairs like some kinda schizo Slinky. 'Politik'.

A worryingly-familiar yet comforting sound arrives. Relax. Smile. Grin, even. Held off No. 1 - still the underdog. 'In My Place'.

Uh-oh. It's all gone a bit Simple Minds. I go back downstairs to make breakfast. 'Clocks'.

Chris Martin has been listening to some Americana. This is a Good Thing. 'Green Eyes'.

He's also been listening to the Bunnymen, even covering one of their songs in live sets. This is also a Good Thing.

Breakfast eaten and the album has finished. Press 'play' again. Sit on bed, eyes shut. Album runs through a second time. I go out to 'do stuff'. Come back and listen to the album again.

I start to write a review before I realise something…

It brings you up and it brings you down. Brash drums… a pounding, epic intro… start as you mean to go on… 'In My Place' = 'Yellow Part 2'… look, nobody really gives a monkey's what I think of the new Coldplay album. The world loves them! The world hates them! America loves them, according to our favourite weekly music tabloid!

'A Rush of Blood to the Head': a bit like 'Parachutes' but with better words and the chords in a different order. _"I crawl back into your open arms,"_ you could say. May as well start writing that five-star review of album #3 now.