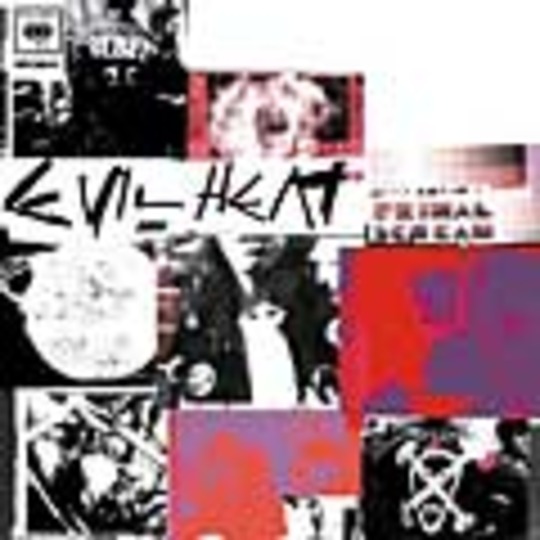 Infuriating. Beguiling. Abrasive. Confusing. Incredible. If you're lucky, you'll catch Primal Scream when they are all of these things. We did with the release of 2000's astounding album, 'XTRMNTR', but all too often they can fall short of the yardsticks they gouge in to the ground themselves with such zealous force.

Normally, the Scream team can be relied upon for filching the very best of other people's ideas and twisting them to their own fucked up visions, Velvets, Joy Division, Neu! Can, Stones, JaMC etc. By touching upon all these icons, they have managed to become something similar themselves.

So it's disappointing and equally, quite worrying, when it seems the only albums Bobby's boys took into studio this time were their own. Too much of the album appears to have originated in previous LPs. So, whereas the last two albums were Primal Scream's take on other people's madness, this is them reheating the remains of their previously rehashed hits. And that's always going to end in nausea.

'Deep Hit Of The Morning Sun' is a promising opener, a dubby, narcotically blissed track that swirls and reverberates in a deeply pleasurable style. It's a Kevin Shields track (indeed, much of Primal Scream's best recent stuff can be attributed to him), and an excellent one at that. Unfortunately any expectations are dashed by second track, the streaming disco filth of 'Ms Lucifer'. Essentially, its 'Swastika Eyes', but without the pounding brutality. The track is limp and clichéd, where its big brother is menacing and driving. 'Ms Lucifer' is not the only track that demands comparison with 'XTRMNTR', and largely they fail to set the pulse racing in the way that the best album of 2000 did.

The rhetoric from Bobby, whilst still all there, seems unconvincing, like he's found one of those internet sites that spew out variations of the same themes by slightly altering the words you put in. Cocaine, heroin, government, evil, oppression, military, multi-national, sanitised, tired, drained. Lacking ideas.

Whereas the title track of 'XTRMNTR' is a brutal sonic attack on the senses, 'Detroit' from 'Evil Heat' presses the same buttons but seems to be ponderous and torpid. The album breezes in at 38 minutes (this copy came without the mooted duet with Kate Moss on the cover of Lee Hazlewood & Nancy Sinatra's 'Some Velvet Morning'). But seems to make a wearisome job outlining the same points that its predecessor did in such obliterating style. Ignore what you heard about the 'controversial' track 'Rise' and its former-name shame. The real shame is that it's a complete mess that sounds like 'Insect Royalty' fed through a blender. And no that's not good, 'Insect Royalty' sounded blender-fed already. Now 'Rise' sounds like pureed muck. In fact, it's the ultimate in cut-and-paste Scream songwriting and was probably picked up off the cutting room floor. Following track 'The Lord is My Shotgun' fares little better, apparently beginning with little direction and ending without a clue where the map is, let alone how to use it. 'Skull X' and 'City' (originally appearing on a David Holmes album) suffer from the old rock-posturing that they seem to find so difficult to escape. They are actually two of the better tracks on 'Evil Heat', but the album is tiresome in formula. This is the third album in a row that has followed exactly the same blue print, and when the rock-out numbers do appear, it's both expected and dreary. 'A Scanner Darkly' is better, and like the other Andrew Weatherall song, on the album 'Autobahn 66' one of the more engaging moments, but it still falls short of former kraut-rock homaging glories. It ends with the Scream doing a slow. smacked out homage to the Velvet Underground with 'Space Blues #2'. There's a surprise. Well yes, it is, its sung by* Martin Duffy*. But other than that, its not really, is it?

It's an infuriating album, one that shows it could easily deliver more than it ultimately does. Perhaps the band has been mining the same seam for too long, and all the gold is gone. The last time the band seemed to have lost it, they dug it out and pulled it back from the brink. Maybe they'll do it again. But Bobby's into children and cycling now, not smack and leather. What's he got to save himself from this time? Mediocrity, we hope.