Finelines / Between The Lines 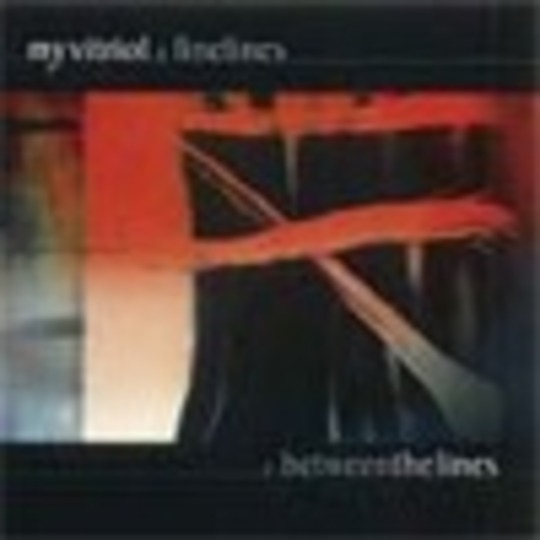 "My Vitriol release what MUST be the last single to be purged from their fine debut long player 'Finelines', because I'm not sure they could avoid being branded rip off merchants if they were to release any more after this." James Jam, March 2001.

It’s the age old tactic of re-releasing an album in brand new packaging except in this case they’ve re-recorded some of it as well with a producer associated with Guns ‘N’ Roses, Korn and Metallica. It’s a disappointment. My Vitriol’s ‘Always: Your Way’ is now in it’s fourth incarnation having become more and more drawn out and the vocals more sinuous, but less frenetic. Does it really sound that different to what was released in April of last year? *No*.

The band decided to re-record parts of the album for American release. Is the sound for Britain not saleable in the *US? Was a new producer required to make it sound _heavier_? That’s called selling out in some people’s books. Maybe it is the case that the album wasn’t as perfect as was intended, but that’s why bands make a *second album **- to improve on their previous effort. Questions will, of course, be asked as to their record label’s involvement in this decision, but to what extent has the band been held to ransom?

A dividend, perhaps, is the second disc included. It includes all the b-sides *of their Infectious single releases saving the non-completists the bother of having to purchase every last single but maybe forcing the most dedicated fans to make this purchase. This collection of b-sides showcases beautifully the quality of their “_other songs_” with ‘_Deadlines_’ and their acoustic efforts highlighting their excellence. These could be more than just album tracks. Their skill at “_Vitriolising_” other people’s songs is demonstrated superbly during the majestically abrasive cover of Madonna’s once gracious, ‘_Oh Father_’ while the previously serrated ‘_Static*_’ by Jawbox inherits the ethereal splendour that has trademarked My Vitriol.

If this release was purely a label decision then one might ponder the consequences of a budget *wasted *upon re-recording a perfectly good album. Maybe if more time and money was invested in developing new songs then the complaints at the same live sets as two years ago would not be so rife. It doesn’t matter if you make the cover a different colour and change the name slightly - it’s the *same record *you released 16 months ago.