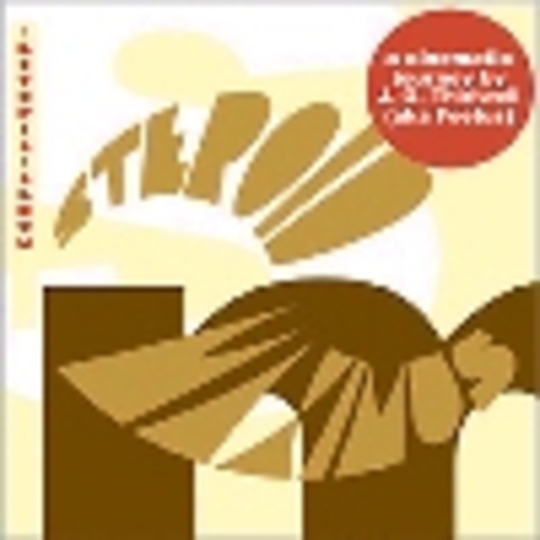 Ever watched a film wishing that the accompanying soundtrack could be more than a hotchpotch of the latest ‘in’ bands and badly conceived cover version abortions? Hoping vainly for a truly atmospheric, thoughtful and affecting alternative?

Well JG Thirlwell, better known to many as industrial pioneer Foetus, must baulk at just about every movie going. But far from dwelling on a depressing reality, he’s come up with a brilliant and surprisingly fulfilling substitute. And for this evening’s showing only, JG has resurrected his Steroid Maximus guise, after a 10-year hiatus.

If the word ‘funk’ ordinarily makes you run a mile (and god knows it should), then ‘Ectopia’ may just cure such an affliction. It’s difficult to put into exact words how Thirlwell manipulates and stockpiles sound into the towering creations on display here. But for those of you less able to visualise this aural madness, imagine Godspeed You Black Emperor! or Do Make Say Think being held at gunpoint by an orchestra while playing the score to Star Wars. Yes, that odd.

‘Naught’ especially opens with Godspeed!-like swooping cello string indulgences before breaking into more minimal noise and a splintered crackling finale. In comparison, ‘Chain Reaction’ flits between industrial backing menace to big band flourishes as the imaginary film running in Thirlwell’s head appears to steeple climatically into a dramatic scene. It’s like ‘War of the Worlds’, except with the kind of truly dark slant that such a title cries out for.

‘Bad Day In Greenpoint’ meanwhile is the Jurassic period come to rest in ancient Egypt, all chilling wails and prehistoric clatter, held together by unsettling orchestration. The bizarrely named ‘Tarmac A Gris-Gris’ is packed with brass squall and what sounds like a harmonica pushed within an inch of its capabilities, and the trumpets continue on ‘Pusher Jones’, battling with an approximation of processed computer game racing noises.

The theatrical ‘Chaiste’ threatens to round off the night’s entertainment with the best James Bond theme never made, with almost drum ‘n’ bass pizzazz and the occasional evil guitar line. All of which makes closer ‘Enzymes’ (presumably the sound made by the microscopic proteins) relatively anticlimactic.

No matter, because although this make-believe art-house thriller may be over on record, you get the distinct impression that in JG Thirlwell’s mind it’s only just begun.