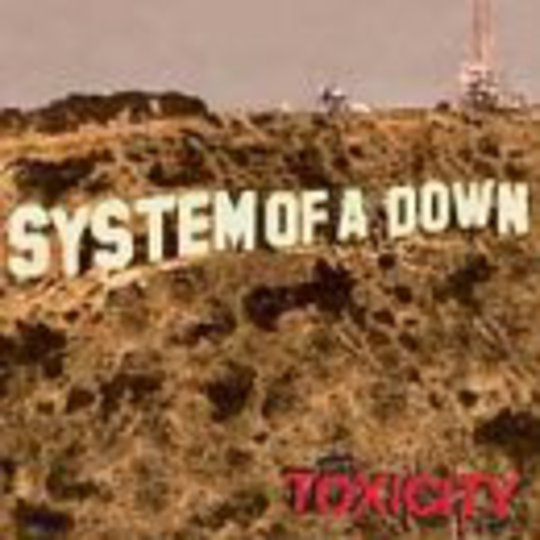 This is going to be on record one of the hardest reviews I have ever had to complete. System of a Down are quite simply the most ‘out there’ band currently gracing God’s green Earth. With the ability to go from cartoon-esque lunacy to unadulterated chaos in the blink of an eye, it’s this musical madness that is the appeal of System. It’s not just the fact that they are without a shadow of a doubt the most original band in the current Nu-metal scene, it’s the way that they write songs that are not simply based around one riff or one vocal hook. They are a band that write actual songs. Crazy guitar solo’s, intro’s, outro’s, System are a very involved band. There’s always a million things going on at once. ‘Toxicity’, like the debut, is absolutely no exception to this rule.

If you missed System the first time around then DO NOT let ‘Toxicity’ pass you bye. If you liked the Armenian psycho’s the first time around then, my god, you are going to love this. Three years after the debut record took the world by storm, this set of tracks are so powerful and consistent it’s untrue. There is not one moment that dips on this record, every single bit is built towards making ‘Toxicity’ possibly the best metal album you will hear this year. If you want an idea of what to expect from ‘Toxicity’, or from the band in general, look no further than first single ‘Chop Suey!’. From simple acoustic strum, through hardcore rant, to the ultimate melodic high, the band have an anthem that completely sums themselves up. This trademark is also carried out on the subtle insanity of ‘ATWA’ and the terrace anthem ‘Needles’. Mental, crushing, and amazing all in equal doses, the mix is nothing short of perfect.

The band’s greatness lies in their abilities to work in two teams that, when unified, create the psycho-core that is System of a Down. Vocalist Serj and guitarist Daron provide the creative element and euphoric vocal stylings that are perfectly combined with the hard-as-nails rhythm section, adding that essential crunch that completes the system cocktail. My god they’re just superb. To be truthful though, this is Daron’s record. His stamp is all over the record like maggots in a dead carcass. From his cranium smashing guitars to his toddler-like backing vocals this is definitely his baby.

While comparisons to the first record are sure to remain rife, there is absolutely no hesitation when I tell you that ‘Toxicity’ is light years ahead of the bands debut. System are probably the most vital band around in the big, wide world of metal right now. In a world where metal is becoming a predictable laughing stock, System are a shining light at the end of a very dark tunnel.