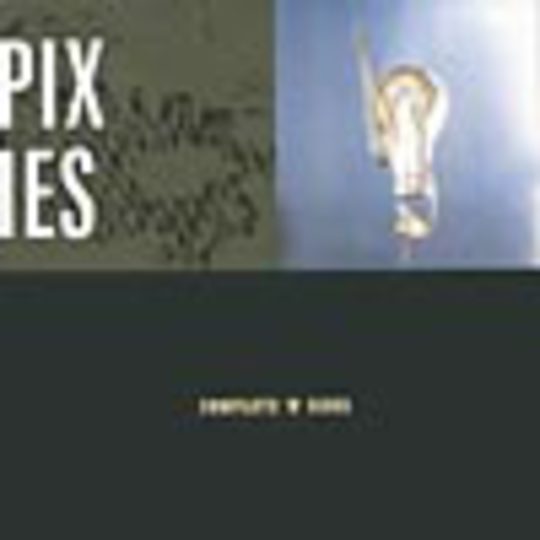 Normally, I'd probably call an album with such an uninspiring name, and such an uninspiring concept behind it as this "Complete Rubbish", but as far as The Pixies are concerned, there is no way I would be so disrespectful. The influence they have had on modern rock is often invoked in articles such as these, but by far the easiest way to see how important they are is by looking at what is happening to them right now. Sure, a lot of lead singer Black Francis/Frank Black/Charles Michael Kitteridge Thompson IV's more recent stuff has been indifferently received (yeah, I know, it's quite good actually). Sure bassist Kim Deal's other enterprises The Breeders and The Amps went off the rails while sister and co-conspirator Kelly fought drugs charges, and rumour has it, the drugs themselves.

The last few months, however, has seen them emerge from the wilderness of musical history. In March, The Deals' band The Breeders sold out and left masses of faithful fans outside a show in L.A., which was both supposed to be secret and just a bit of a practise for the band, being slightly rusty after not having played together for 4 years. Tickets for Frank Black's live shows in December last year were doing a rather good impression of gold dust too - although neither of these events yielded any clues as to the whereabouts of A.W.O.L. guitarist Joey Santiago or drummer David Lovering.

What you'd normally expect of B-sides is a few duff album tracks and some "high-energy" (read "low-quality") live tracks. The case with the Pixies is quite different. Maybe that's because they released so few singles (sniff) - and somehow they still manage 19 tracks on their B side album.

OK, so some album tracks have made it on there. They sound pretty cool though. The re-recording of the magnificent noise of 'River Euphrates' from 'Surfer Rosa' made whilst touring Europe neatly captures the buzz of the early days. 'Vamos' makes its third appearance on a Pixies album, having turned up previously on 'Come on Pilgrim' and 'Surfer Rosa', but the live version of its full throttle Hispanic mania somehow manages to turn up the pace even further, Black Francis once again displaying his ability to find a higher gear when you thought the engine was already gonna blow any minute. An early candidate for "Song of the album" definitely comes in the shape of 'Wave Of Mutilation (UK Surf)'. A fragile take on the normally chugging singalong song, the gentle echoing and chiming of the re-recorded guitar perfectly reinforces the image of the kind of release the "cease to exist" theme the lyrics conjure. Listening to it makes you want to float away - to where, I'm not sure. It could definitely be one of the themes of my summer.

The original tunes neatly capture their place in time. 'Into The White', featuring Kim on vocals and hence very reminiscent of The Breeders, used to be the big ending to the Pixies set, all heat, light and big billowing clouds of dry ice smothering their retreat. Very powerful. By contrast 'Make Believe' features David Lovering on vocals, has some great 80's pop licks, and contains enough references to Debbie Gibson to attribute itself more than a little of her throwaway charm.

Covers also figure strongly amongst the B-sides, and these covers provide another insight into how amazing this band was. There are some obligatory Neil Young covers, given the poppy Pixies treatment, but as always the joy of the Pixies is in their weirdness. Managing to get a cover of the theme from the video game 'Narc' on the same CD as their cover of 'In Heaven (Lady In The Radiator Song)', from the crazy insane David Lynch film "Eraserhead" is in itself a bit of an achievement. Fitting the tempo of the former and the emotion of the latter into their repertoire quite so easily is pretty impressive too. And covering a Yardbirds song in Spanish? Well, that's just bloody typical!

Outside the music, nice little touches like the ability to view the videos to 'Allison'** (the most classy live-in-a-stadium video I've ever seen) and 'Here Comes Your Man' (just everso slightly off-kilter) on the enhanced CD, and our Frank's personal sleeve notes help make this collection a worthwhile purchase for any of you Pixies addicts still going through cold turkey, even now - 8 WHOLE YEARS after they split.

Damn their shit was good!

Rock It To The Moon