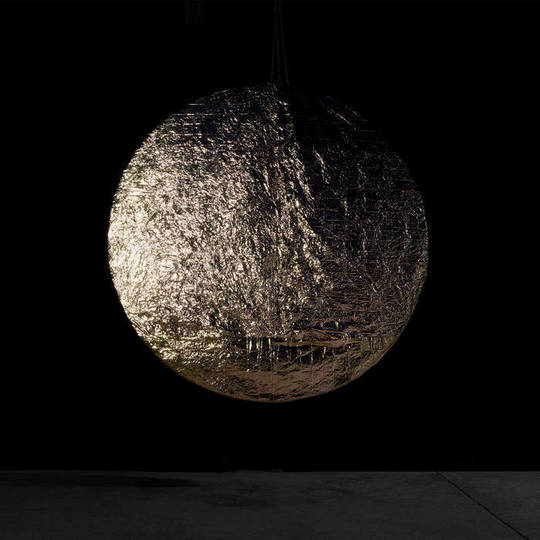 Five years ago it seemed the world was Woman's Hour's oyster. Their debut album Conversations had just come out to a fanfare of critical acclaim and the future looked dazzlingly bright even through the darkest pair of Raybans.

So it's with a tinge of sadness that Conversations' long awaited follow up will also be their last. Written during the interim period then left on the shelf for a year before the remaining three band members decided to put the finishing touches together, Ephyra provides a documentation of a relationship that's become fraught to the point of breaking. An aural chronicle of a dysfunctional creative force falling apart before one's eyes and ears.

At times it represents an uneasy listen. Not least on the desolate 'Mirrorball', where Fiona Burgess opines almost apologetically "I want to stop, I won't, I won't, it's all that I've got." Lyrically sparse and at times indecipherable, Woman's Hour have always been more about the sum of their parts than any individual showboating and Ephyra isn't any different in that aspect.

Operating as a trio here - Burgess and her brother William alongside Josh Hunnisett - there is still an undeniable level of chemistry visible even if this record wasn't made in the most pleasant of circumstances. Deteriorating mental health leading to a communication breakdown between band members that became fraught and tense at the best of times, it's clear their most preferred method was through the art of song and they did that better than most of their current contemporaries.

Opener 'Don't Speak' introduces the record by way of its glazed, synthpop which suggests a more refined approach than its predecessor. However, it's on the grandiose 'From Eden To Exile Then Into Dust' and ethereal 'I Can't Take You Seriously' that Woman's Hour really up the ante. Where the former showcases Burgess' distinctive vocal at its most heartwrenchingly wry, the latter's shuffling dream pop flits somewhere between The Sundays' nonchalant elegance and Cocteau Twins at their most pastoral.

Recent single 'Luke' re-imagines a Wordsworth poem ('Michael') about love and loss in a modern context. Its sparse textures and poignant mix of guitar and piano resonating on a similar emotional level to something like 'After The Flood' off Talk Talk's seminal Laughing Stock.

Delve further into Ephyra and its creators' anguish is laid bare for all to see. The aforementioned 'Mirrorball' and 'Heathens' both sound like resignation letters announcing a departure, while gorgeously stripped back finale 'Removal Of Hope' breathes one last sigh of relief it's all over.

When they do finally depart after a handful of shows later this month, Woman's Hour find themselves in the fairly unique position of having a small but well formed catalogue of work that's near flawless. As a result, Ephyra is a fitting epitaph.