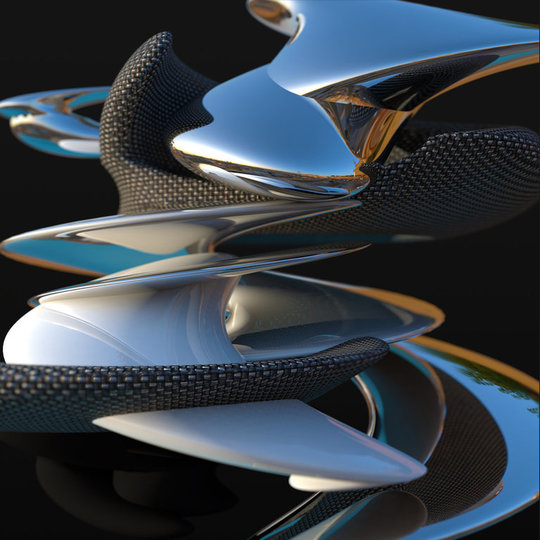 Since 2006 Lee Gamble has been making forward-thinking electronic music. Over the years he’s found the balance between abstract electronic compositions and fuzzed- out bass, that has as much in common with musique concréte and Karlheinz Stockhausen as it does with Carl Crack and his current home Hyperdub.

He’s starting 2019 with a series of concept EPs that are a satire on modern day society, due to form one album called - for some reason - Flush Real Pharynx. The first part is called In a Paraventral Scale but instead of a messy collection of bass thumps and ambient drone, Gamble has crafted something that is touching and tender and feels like a drunk Vangelis. with the following two parts continuing to build on this theory.

‘Fata’ Morgana’ opens In a Paraventral Scale with hazy synths and murky melodies. As a dense fug builds motifs pierce through it showing Gamble’s masterplan in full, before pulling the curtains back. Effectively Gamble is showing that this isn’t going to be a bright and clear album, and buried deep in its darkened hue there are glorious melodies but you have to hunt them out. Or it could just be a musician enjoying layering broody abstract synths to create something enjoying, but not 100 percent tangible. ‘Folding’, on the other hand, is a bright and rhythmic thing of beauty. Droplets of sound cascade, while a beat skitters in the background.

On ‘BMW Shuanghuan X5’ Gamble uses the noise of cars speeding, backed with an ambient tones and buzzing bass to create soundscapes that are filled with tension and wouldn’t be out of place on any racing video game. Gamble is showcasing his ability to create something gritty and visceral from limited elements to full effect. ‘Chant’ and ‘In the Wreck Room’ takes things up a bit by adding chopped up vocal samples, haunting organs and choppy garage beats. These are combined with glitchy synths and bass, the sound of smashing glass and an underlying feeling of malice and unease. Massive bass motifs do battle with abstract soundscapes, making these two of In a Paraventral Scale highlights.

In a Paraventral Scale is the strongest collection of songs that Gamble has released since 2014’s Koch. On that album he seamlessly mixed the abstract to the actual. On In a Paraventral Scale he has progressed his sound, and style, into something far more engaging and pellucid. After opening with hazy synths that twine and intertwine until they are a solid mass, Gamble then starts to add abrasive edges that cut through the mist showing precisely what he is doing for a brief moment before throwing up a fuggy cloud, like squid ink in water, that shields his true intentions. This motif is used throughout, so that just when you think you have a handle, or hold, on what Gamble is doing, he immediately shrouds himself.

This is the first part of a trilogy of EP release Gamble has planned for 2019. It’s hard to know whether he’s released the most cohesive, and immediate, collection of songs first, or as the series goes on it’ll get more abstract and ethereal. Either way this is an artist, and series of releases, to embrace and get excited about.