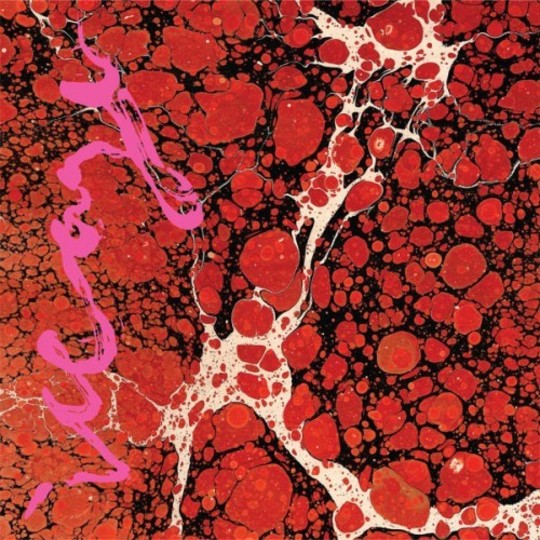 Across three albums, Denmark’s Iceage have been increasingly impressive, ambitious and beguiling. Once or twice the crystal glow of the genuinely special has been visible in the distance for them, though they’ve always chosen a twisted route to reach it and ended up happily lost on the journey instead. Beyondless, their lush, bewitching fourth album, is a record that ignores those side-streets and alleyways. Instead it guns the motor and shoots for the shining light on the horizon. This time perfection isn’t just something dimly visible, this time they can almost touch it.

The secret here is balance. Beyondless teeters on a knife-edge between the sharp corners of soul music, especially on the horn-driven ‘Pain Killer’ and the crunchy ‘The Day The Music Died’, and a spry rock band desperate to push harder and run faster, but refusing to let themselves off the leash. That pent-up energy feeds back into the music as a glorious tension, with drummer Dan Nielson trying to drive his band forward with martial snare rolls and dextrous fills, like he’s pressing down on the accelerator of a car that’s chained to wall. The band don’t budge an inch. It gives the album a manic, twitchy feel, constantly on the verge of blowing a gasket and flying off the handle. Somehow, despite the mixed metaphors, the control is maintained.

Fourth albums are supposed to be game changers; the point in a career where a band stretch their ambitions and regenerate into something new. That’s true of Beyondless. If this was your first encounter you’d wonder what that 'punk rock' label at the top of their Wikipedia page was doing there; the thrills here don’t come from the primitive thump and thrash. Instead this is a record that luxuriates in classy textures even as it undermines them with queasy sounds and lurching rhythms. Its touchstones are Iggy and the Stooges’ Raw Power, Primal Scream’s Give Up, But Don’t Give In and the Stones’ Let It Bleed, with splashes of the Libertines, Sonic Youth and The Birthday Party. Classy influences for a classy record.

Frontman Elias Rønnenfelt possesses a bloodthirsty vocal just one remove from sinister, and has a narrative voice closer to a novelist than a lyricist, albeit one influenced by the gonzo surrealism of Mark E Smith and Nick Cave (“I can’t stop killing and we’ll never stop killing and we shouldn’t stop killing me” or ”I gave myself an exorcism.”). His ability to set a scene, a mood, an entire story in just a few lines is genuinely remarkable “Help, I think I blindfolded the chauffeur” he sings on ‘Thieves Like Us’, which is a short-story you immediately want to read, while ‘Plead The Fifth’ is narrated by “a great pretender, corseted in gilded halls” who is keen to “line them up in the toilet stalls…STDs on the tip of my tongue”. It’s remarkable stuff; like the album itself it’s literary, clever and sumptuous while still distinctly pop.

Whether indulging in the sexy, shambolic rock n’ soul of Sky Ferreira duet ‘Pain Killer’, the woozy stop-start-speed-up-slow-down of album centre-piece ‘Catch It’, or the Let It Bleed-meets-Oasis-ish ‘Under The Sun’ Beyondless is an ambitious and accomplished ride that will claim a deserved spot on most Best-Of lists this year. Wrap up warm: the ice age has arrived.