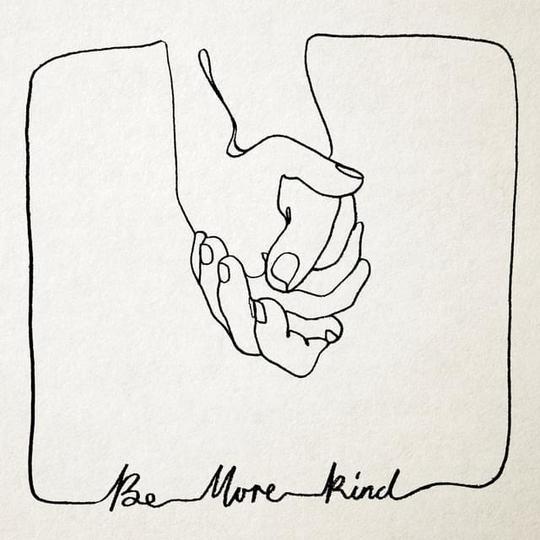 In my view, many of the best artists are those who are constantly evolving, changing their sound to fit with their life experiences and following their own direction. It’s the ones who churn out five albums which sound exactly the same who often fade into obscurity or struggle to reach the fans who have drifted away. Dramatic sonic changes require greater boldness and the gambling spirit of knowing that not everyone will like what you’re doing.

Approaching the release of his seventh solo record, Frank Turner has made little secret of his intention to create a markedly different record. The previous six have had a reasonable amount of variance between them, both in themes and sound, but Be More Kind is considerably more pop heavy. The passionate outbursts that punctuated earlier songs are less frequent here, but fans of Turner’s previous work needn’t worry too much, as the album expertly fuses older and newer sounding tracks. It feels profoundly sincere throughout, and time-specific, as most of the songs are about politics, the hostility of society and love (and occasionally all three). The result is a truly mixed bag of emotions; it’s often excellent and occasionally existential, but there are a few weaker moments.

The album opens on ‘Don’t Worry’, which is far and away the best track on the record. The refreshing frankness of the lyrics, which has always defined Turner’s songwriting, is present, while the relaxed, simple melody fits the tone perfectly. ‘1933’ is a hark back to Turner’s more recognised style, showing his defiant credentials when he declares “Aren’t you ashamed of this? I surely hope that you are/ Living in a society that’s maybe heading for Mars”. It focuses on pushing through one simple message, and I’m sure it’s one that will listeners will enjoy.

‘Little Changes’ is the first track that comes across less well, lyrically clunky (“The weather and the way we worked out weren’t quite as expected”) and melodically less memorable. ‘Make America Great Again’ which was debuted by Turner ahead of the album release is divisive, but not one for me. It just comes across too patronisingly, although you can tell there are good intentions behind it. I think this track will elicit strong reactions on both sides.

The beneficent theme which meanders through the album culminates in the excellent title track. ‘Be More Kind’ is hard to dislike, resonating with the central message, “In a world that has decided that it’s going to lose its mind/ Be more kind my friends, try to be more kind”. I love the thoughtful nature of this song, it’s one of the highlights, and I’ve liked it more and more since I first heard it. Following a similar vein, ‘Common Ground’ is heartrendingly beautiful, melodically soothing and profound. Turner’s music has often been successful for the way it makes you think, but soul-searching tracks like this one do this more effectively than those from earlier albums. Fostering a sense of community, ‘Common Ground’ is an ode to what could be, and how society could be fixed.

‘Going Nowhere’ is a goofy but very loveable track, while ‘21st Century Survival Blues’ is reminiscent of some of more hangover-y, melancholy tracks from Turner’s first album. Thought-provoking ‘Blackout’ and ‘The Lifeboat’ address the disastrous consequences of the society we live in, but with an overarching element of positivity.

Be More Kind ends in a similar vein to how it began, with one of the quieter songs that mark many of the high points of the record. The finality of ‘Get It Right’ mixes with a resoluteness that makes it very bittersweet. The lyrics, “Between life and death/ we’ll find the time to get it right” are an accurate synopsis of the album; deeply serious but with positive and practical overtones.

Overall, the album is thought-provoking and relevant. It’s an enjoyable listen and one which morphs and draws deeper messages with each listen. The moderate changes in sound only serve to highlight the poignance of the words through unassuming backing.