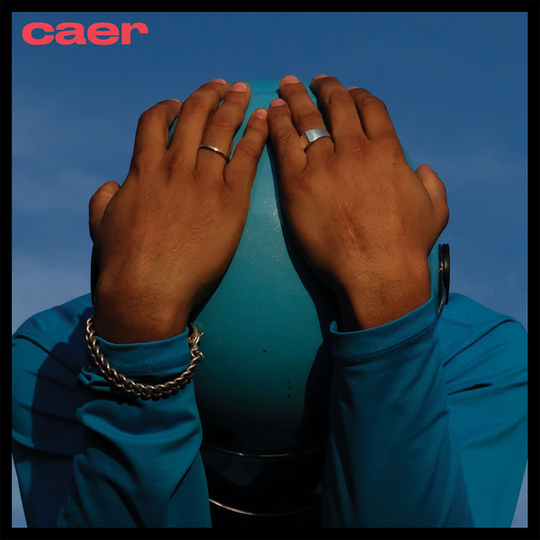 George Lewis Jr. has practiced restoration for years. From his twinkling Hacienda roots, to his make-believe DJ stint in Grand Theft Auto V, the 35-year-old that masquerades as Twin Shadow nailed down a particular reverie of the 80s even before the big to-do over Stranger Things. And see here - we can argue over the merits of 2012’s neon-outlined caricature Confess (me – too much hair gel), or the totally streamlined follow-up Eclipse (me – don’t wanna know). But Forget? Oof. Even without any real nuance in word play, Lewis could easily engineer the illusion of sublime intimacy, dancefloors terraced with moon rocks, fanged Prince Charmings doomed to die in the morning light. Oh yeah, we’re talking total novelty here – but I’d burn all my love letters to channel whatever ecstasy 'Slow' was spun in. Mmm.

Anyway, eight years of reconstruction rubbed off on Lewis. Now under the banner of Warner Bros, the pop troubadour has refined his guilty pleasure synthpop for perhaps the biggest audience yet – and while Caer stalls at the starting gate, the Twin Shadow engine purrs under a seductive array of contours old and new. You’d be hard-pressed to find another single in 2018 with the same white marble enigma of 'Little Woman' – granted, Lewis probably draws that distant bagpipe clarion call from Depeche Mode, but whatever. We wander through this mirror maze, and then in a heartbeat we step out into the slinky 'When You’re Wrong', an undeniable banger with some of Justin Timberlake’s pop wonkiness (err, back when he was bringin’ sexy back). Lewis hasn’t shed his leather jacket aesthetic, but he’s certainly flexing those stiff sleeves more than ever.

Let’s not kid ourselves, though: Twin Shadow records offer illusions. That’s never more obvious than in Caer’s lukewarm first quarter, three saccharine meditations on picturesque romance that lean hard on your pseudo-nostalgia of the 80s. Indeed, Lewis nearly shot his damn foot off when he stepped out with lead single 'Saturdays', a lousy blue-eyed crooner that rips wholesale from latter-day Springsteen (and, worse, with a forgettable cameo from fellow history revisionists HAIM). Like - really? “Saturdays, when we dance in the dark”? Bleh. Lewis sells Caer as a resurgence story, his first original stuff after his reconstructive hand surgery three years ago; clichéd fairy tales like 'Saturdays' and the (at least more contemporary) 'Sympathy' squander that regained spotlight into banal showboating.

Fortunately, though, Lewis regains the blueprint – and some humility – as the album progresses. '18 Years' might be the most drastic (and compelling) reconstruction of Billy Idol-esque melodrama, as hulking shadow riffs underscore the mutual anxiety and isolation between two scorned lovers as they move on from some horrific accident. Lewis digs even deeper into that private insecurity with one-two punch 'Littlest Things' and '“Too Many Colors'; the flip from Xiu Xiu-ish caverns into New Order revelry marks a decisively positive outlook on self-improvement, well-deserved light that truly inspires.

And then Lewis pulls us closer than ever with the final triptych, and Caer’s mission statement finally makes sense. After a Tracy Chapman-like window into his early life with 'Rust', “Runaway” leaves us with a Sampha-worthy knockout ballad that lays every last shred of ego bare to praise his mother and grandmother. In between, Lewis twists into a bizarre mutation of Prince and Black Moth Super Rainbow on 'Obvious People', a throbbing indigo plane tense with sexual angst that you can’t look away from. This is where the thread of reconstruction pulls through, where we glimpse the scope of Lewis’s tribulations, and the time spent “running from obvious people.” Of course, you have to ponder – aren’t Warner Bros the most obvious people of all to sign with? Hmm.

Yeah, cynics could accuse Lewis of engineering empathy for his comeback here. But while Caer stumbles over artifice at the gate, Twin Shadow eventually rebuilds a vibrant pallet to unload actual confessions that other lonely listeners can relate to. Just try to forget that 'Saturdays' exists, and you have Lewis’s most daring work to date.