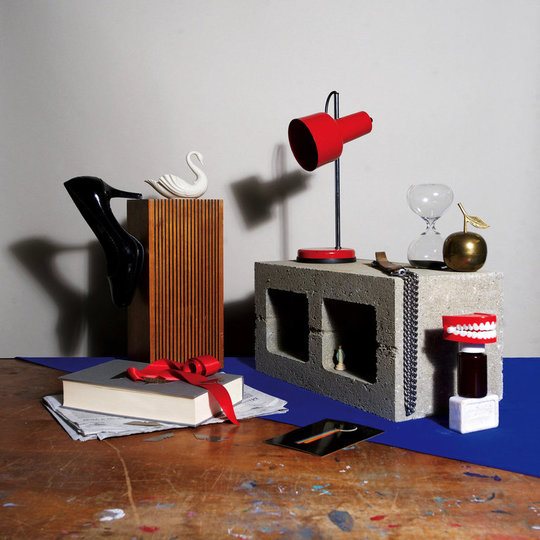 I wrote in November 2015 that Post War Glamour Girls’ first two records indicated the potential for the group to become 'a band of rare distinction indeed', and Swan Songs has done little to change my mind. This record has fewer of the dark post-punk textures found on previous efforts, relying on a sound that purposefully draws its energy from the band’s live playing rather than from menacing doses of early Bad Seeds-esque atmosphere. Opening track ‘Guiding Light’ kicks in with a thunderclap of drums and a devilishly memorable lead guitar riff that builds into the most accessible and anthemic track the band have put together to date. It sets the tone.

Not that they've have gone soft. There’s still a serrated edge to Post War Glamour Girls that sets them apart from many of their peers, and which hints back to the group’s roots in a Leeds scene that regularly overflows with the UK’s best noise rock acts. This is apparent largely through the punchy production, which emphasises the tendency for James Thorpe-Jones & James Smith’s guitars to sporadically burst into outbursts of volume. Alice Scott’s hypnotic bass playing and Ben Clyde’s increasingly ambitious work behind the drum kit are also rendered perfectly. This is undoubtedly the group’s best sounding work to date, in a production sense, with the freedom afforded by recording in isolation in the Scottish highlands clearly proving beneficial.

‘Gull Rips a Worm’ is a particular triumph, built around a simple – but triumphant – cyclical instrumental pattern that appropriately leads into a refrain of “Reinvent the wheel for us” and a brief string section that recalls the widescreen dystopia of Jonny Greenwood’s orchestral contributions to both Radiohead’s A Moon Shaped Pool and Paul Thomas Anderson’s There Will Be Blood. ‘Big Trip’ and ‘Pollyanna Cowboy’ are also particular standouts. Both could easily be unearthed Eighties alt-rock classics, with the latter deserving a nod for featuring some of Smith’s best lines to date (“Get out of bed with a vengeance” is a personal favourite).

The vocal performances of Smith and Scott have always been one of Post War Glamour Girls’ major selling points, and this is no less true on this record. ‘Chipper’ and ‘Pollyanna Cowboy’ feature some of the pair’s finest dual efforts in this department to date, whilst closer ‘Divine Decline’ features a masterstroke spoken word intro from Smith. As the track develops it highlights Smith’s development as a vocalist now comfortable enough to employ an exceptional range of variations, from a Closing Time-era Tom Waits croon to the venomous spluttering of namesake Mark E. Smith. What could, in lesser hands, be a cloying final refrain – “All I ever wanted was to be a better person and I’m working on it” – is transformed into a powerful, album-defining statement thanks to Smith’s delivery.

I won’t dub Post War Glamour Girls the finished item just yet. Providing Swan Songs is not the group’s swan song, one should only expect ever grander and more comprehensively brilliant records from the band in the future. Best band in Britain right now? They’ve got to be up there…