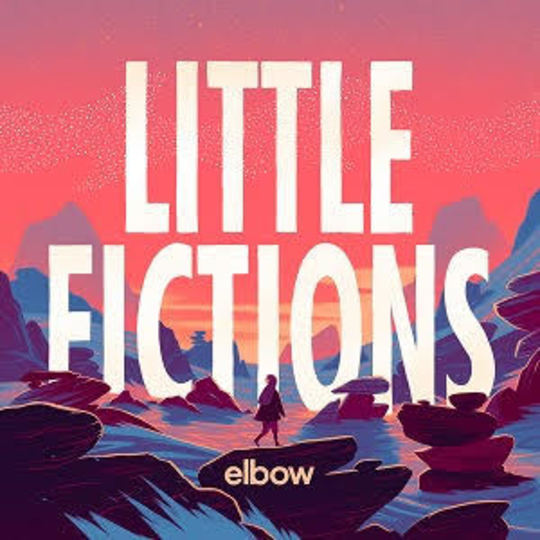 Glastonbury, 2014. Elbow on the Pyramid Stage. I arrive late, bogged down, probably drunk, probably distracted by the shiny things. It’s Glastonbury. You know how it is. We get there for ‘Lippy Kids’, and immediately there’s a warmth, a wave. We feel ourselves opening up somehow. Someone has put their hand on my heart and they’re smiling. Something is actually happening to my body. I never believed in souls really, but now it feels like mine is warming inside my skin. They finish, predictably enough, with ‘One Day Like This’. “Throw those curtains wide””, sings Guy Garvey, “One day like this a year will see me right” and you know he means this day, this moment. The sun actually cracks the clouds and I feel that invisible, warm presence that has filled me like hot soup in a flask, actually start to rise, to life me off the ground. I start to cry, first just damp eyes and later actual sobs. I had a friend who died, she loved Elbow, I thought about her. I thought about my friends, and my Mum, and my girlfriend, and the world and I couldn’t stop crying. Maybe the hot soup of my apparently liquid soul was leaking through my eyes. This is what Elbow can do to you. Jesus, I wasn’t even that big a fan.

Some people think Elbow are boring. Those people have no hot soup in their veins, and I pity them.

Which is a roundabout way of saying that there’s a new Elbow record out, and that’s a special thing. It’s time to heat the soup again.

Little Fictions, their seventh, is, reliably, a very good Elbow album. There’s no great fucking with formula here, if you found Elbow boring before (because you have no joy inside you) there’s little here to convince you. But oh my gosh, those elements that work for them so well are here in abundance - the playful, off-kilter beats (despite the departure of drummer Richard Jupp), the dips from melancholic to uplifting, the dripping strings, and half-built basslines. Above that, defining and controlling it, Garvey’s voice is warmth itself, unshowy, deceptively versatile and carrying human joy and sadness like an empathic mikman. Garvey is, as always, concerning himself with the celebration of commonality, from ‘Magnificent (She Says)’s joy in a little girl playing on a beach to the simple exclamation of “your heart could easily power three of me” in ‘Montparnesse’ (”Don’t talk like we’re stuck in a life” might be one of his finest lines).;

The title track displays the band’s knack for creating textures that might feel odd in other hands and wrapping them in a warmth that feels anthemic. On ‘K2’ Garvey bares his teeth over Brexit (”I’m from a land with an island status, make us think that everyone hates us”) but still manages to imbue it with positivity (“but they’ve never met you”) over a clattering and shimmering backdrop; while the closing ‘Kindling’ is built round a drum loop that drips humanity and builds and swells into, well, the soul-warming, heart-squeezing appropriate end of an Elbow album. An institution worthy of national heritage status. A dose of humanity in inhuman times.