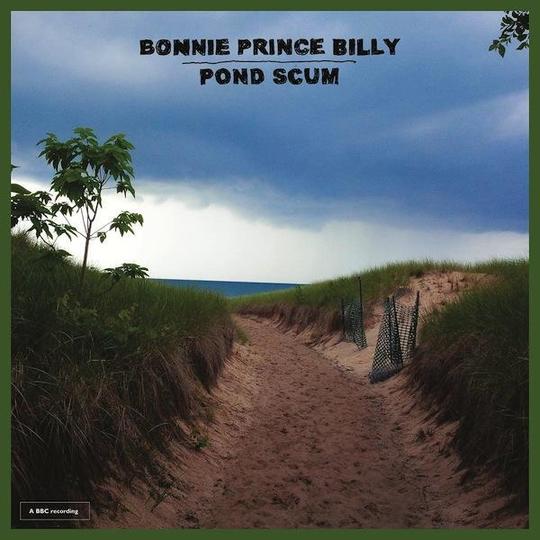 John Peel has been dead over ten years now but part of his legacy survives in the multitude of Peel Sessions, for one. Bonnie ‘Prince’ Billy’s umpteenth album is a compilation of a dozen of these tracks, recorded under various names – his own, Will Oldham, BPB and Palace – over a decade or so. It’s a collection of some of his best tracks recorded in a fundamental manner, with fewer of the instrumental textures of some of more recent releases.

First and foremost, it is a pleasure to hear Will Oldham play in this more stripped-back manner. Among other things he is a storyteller and removing some of the instrumental density allows you to hear his tales with a greater intensity and clarity.

Maybe it’s just me, but I think Will Oldham is best when he is at his most morose and laden with doom. Sometimes the figure that he cuts is so mournful it’s harrowing to listen to. The power of his lonesome balladry is often overwhelming. Other times it is as though he is singing his laments to himself; looking deep into his soul. The finger-picked acoustic arrangement of ‘Stable Will’ embodies all of these things perfectly. But there are other, jollier tunes; ‘Jolly One (2-15)’ and ‘Jolly Five, nominally at least. And ‘Arise Therefore’ sounds more hopeful, buoyant and polished than its original Palace incarnation.

Oldham’s poetic power is also clear. Take the opening lines of ‘Trudy Dies’: “I haven’t known sorrow for so many years / With no foe to fight / Death is all I fear / ‘Cos death could take you / Death could take you / And that’s just what it’d do”. I often thought Scout Niblett’s cover as almost as good as the original, though this version probably falls a bit below those two. His unusual version of Prince’s ‘The Cross’ sits quite well thematically within Oldham’s world, if perhaps not musically – though he does a typical deconstruction into something much more of a very raw racket than anything else.

Sure, there are other songs from the Peel Sessions that would have been nice to have featured – the fragile ‘I am a Cinematographer’, heavy ‘Another Day Full of Dread’ or the pulsating ‘O Let It Be’ – but that is probably just the Oldham devotee inside me speaking. The main problem is picking through to create a compilation of acts of Oldham’s longevity, quality and variety. It’s a tough task but there aren’t hundreds of Peel Sessions tracks and this is a more than reasonable outcome.

It is difficult to really know what to feel about Pond Scum as an album. It could serve as a decent introduction to newcomers, but it is not a massively wide-ranging or varied collection and the arrangements are too similarly basic to really give a fair and rounded impression. There are a few better starting places – I See a Darkness, The Letting Go, or anything under the Palace moniker if you’re feeling curious. Though it has merit in the strength of its content, Pond Scum may be only one for the collectors.

Roaring at the Storm