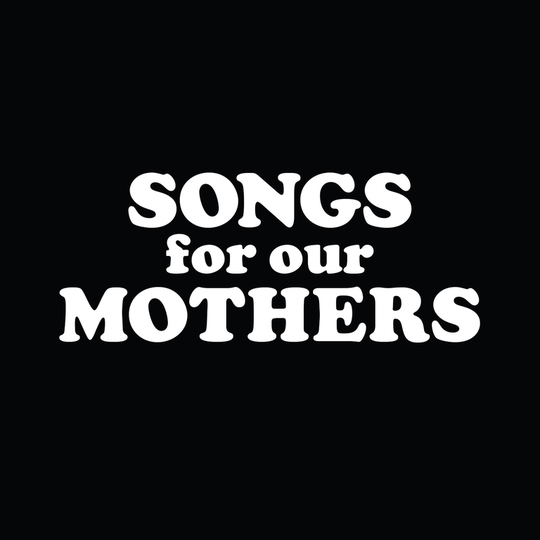 To some, Fat White Family represent the shit stains on twenty-first-century rock and roll's carefully-packaged Calvin Kleins. An impoverished speck of residue that disappears every wash day yet comes back to haunt said boxers after every wear. In a climate where Years & Years and Bastille are depicted as the alternative while undoubtedly proving safer than the mainstream - even Justin Bieber gets photographed smoking the odd blunt every once in a while - this South London outfit really are happening without the industry's permission. And making significant progress to boot despite suggestions from their detractors they'd be dead, buried and forgotten within a year. But that was 2013, and three years later they've delivered a second album which fulfils the promise and reverie afforded their live shows.

Songs for Our Mothers might possess one of the most ambiguous album titles in recent years but it's not for the faint-hearted in any way, shape or form. Already described by the band themselves as "an invitation sent by misery to dance to the beat of human hatred", Songs for Our Mothers pulls no punches. Tackling themes such as murder, sexual torment, domestic violence, heroin abuse and the last days of Hitler among others, this is as far from the middle-of-the-road aural treat its title suggests as one could possibly imagine.

An uneasy listen from start to finish, it's also a stark progression both lyrically and structurally from its predecessor Champagne Holocaust. Which wasn't a bad first attempt in its own right considering the distinct lack of any discernible budget involved in its creation. But then this is also a very different Fat White Family to the one cutting its teeth on that first record. Band members have been replaced - most notably the rhythm section - and the experience of being the most notorious touring band of recent times has stood them in good stead. Sonically adventurous in its make up, Songs for Our Mothers is a serious record and one that proves its creators are more than just narcissistic drug fiends living out their wildest 'Almost Famous' fantasies.

Indeed some of these songs hark back to their earliest forays into song-writing, opener 'Whitest Boy on the Beach' being one of them. Set to a motorik backbeat while a prototype Butthole Surfers do their best Giorgio Moroder impression over the top. It's their 'Sea Within a Sea', the moment where those unsure of the band's credentials beforehand stop what they're doing and listen, hard. Never before has a song about casting envious glances at perfectly toned guys picking up the most beautiful girls sounded so radiant. Futuristic even, which is a credit to their experimental ethos when it would have been easier to bury the song in simple repetitive three chord guitar bursts and have done with it.

Having worked alongside Sean Lennon with experimental psychedelic side-project The Moonlandingz, songwriters Lias Saoudi and Saul Adamczewski called upon his services here. And while only one of the songs Lennon worked on made the final cut, it stands out as Songs for Our Mothers' coup de grace. Mixing the pulsating glam rock of Bowie and Iggy's late Seventies Berlin period - listen to it closely and its a dead ringer for 'Nightclubbing' - with tales of sleaze and discomfort. Its core matter deals with sexual fear and tension culminating in esteemed writer (and holocaust survivor) Primo Levi providing oral pleasure upon its subject.

As expected, the Holocaust and Nazi Germany provide a common theme as alluded to by Lias Saoudi when we spoke to him recently. While 'Lebensraum' sounds like it was constructed in a Bavarian beer garden after several steins of Bitburger, the eerie death march of 'We Must Learn To Rise' offers a more sinister insight altogether with its Gregorian style chants about breaking into Auschwitz. Perhaps most poignant is closing number 'Goodbye Goebbels', a ballad based around the last few hours before Hitler and his closest allies committed suicide in the Führerbunker.

Elsewhere, 'Hits Hits Hits' tells the story of domestic abuse through the eyes of Ike And Tina Turner. Set to a rumbling bassline that's part disco and part post-punk, it's one of the more accessible pieces here (for the iTunes literate track selector at any rate). 'Tinfoil Deathstar' and 'Love Is The Crack' deal with addiction and the desolate hereafter from opposite ends of the (drug) spectrum. The former's upbeat soulful groove in contrast to its despairing message while the latter drifts solemnly into a stupor of its own making. 'When Shipman Decides' lurches between country and western and waltz induced time signatures while whispered voices relay the song's title in hushed tones.

Although renowned for the often riotous nature of their live performances, Songs for Our Mothers sets the record straight somewhat. Studiously crafted and meticulously executed from start to finish, if any doubts remained as to whether Fat White Family were the most important rock and roll band of their generation, this should put a lid on it once and for all. For Songs for Our Mothers is of a rare breed of record that's both of its time yet timeless in nature.

I Thought the Future Would Be Cooler