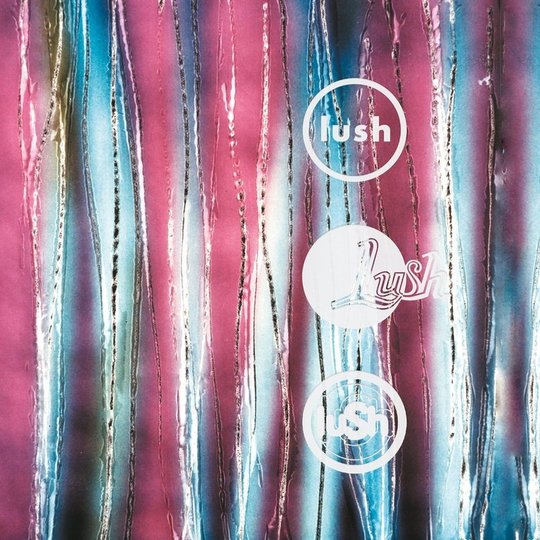 Often misrepresented and rarely afforded the respect they deserved, Lush were a breath of fresh air in a very male-heavy dominated scene. Having formed in 1987 - initially as The Baby Machines - it took a change in personnel and eventually musical direction to bring them to the attention of lauded independent label 4AD and the rest is history – albeit a chequered one and mainly for reasons beyond their control.

Indeed, the Lush story traverses every conceivable emotion throughout their 11-year-existence. From the excitable joy of those early shows to the anticipation surrounding debut LP Spooky, through to friendship, love and heartbreak - mostly the subject matter for their songs - to indignation suffered at the hands of an occasionally negative media hellbent on portraying the band - and singing/songwriting duo Miki Berenyi and Emma Anderson in particular - as hedonistic blaggers rather than the creditable musicians they were and have become rightfully recognised as today. And it culminated in sadness and tragedy due to the passing of drummer Chris Acland aged just 30 in October 1996 which orchestrated the grief-stricken band's break-up. It brought a solemn end to a band who'd never been afforded an easy ride from day one.

Back in the pre-internet era when word of mouth or simply getting off one's backside and going to a show were the most common ways of discovering new music, Lush arrived in an unprecedented blaze of glory. Indeed the first time yours truly set eyes on them - supporting The Darling Buds at Nottingham Trent Polytechnic in October 1989 - the following day began with an early morning trip to local record emporium Selectadisc (RIP) where debut mini-album Scar was duly purchased.

Whether playing live or in the studio, Lush rarely disappointed while constantly evolving musically – again, something they weren't always given credit for at the time. And while opinion is still divided over which guise represents their most successful, certainly from a critical perspective at any rate, that perpetual endeavour to try something different every time brought its rewards. Even if it might not have seemed that way at the time. Nowadays cited by many artists as a major influence on their sound, this year's reunion culminating in next summer's live shows should finally grant them the recognition they so richly deserve.

To coincide with their comeback, 4AD have put together a five CD anthology entitled Chorus in conjunction with the vinyl reissue of Ciao! Best Of Lush, originally released in March 2001. Comprising of 105 tracks and housed in a book style cover, it's an impressive package and one that should appeal to fans of the band both old and new.

The first CD is made up of the band's first three releases - the aforementioned Scar plus the Mad Love and Sweetness & Light EPs - alongside all of their BBC Radio sessions between January 1990 and February 1996. Entitled Gala after the Japanese compilation of the same name issued in 1990, there's little filler on offer here for what could be argued represents their strongest body of work. Robin Guthrie's production on the two EPs highlights their exhilarating prowess at fusing both melody and visceral angst while Berenyi and Anderson's vocal harmonies prove flawless throughout.

Second CD Spooky contains their debut album along with a number of b-sides originally released on the 'Nothing Natural' and 'For Love' singles plus a couple of remixes including Kevin Shields' 'Orange Squash' mix of 'Sweetness & Light'. By this point Lush had amassed a following in newly christened 'shoegaze' quarters and with Guthrie again on production duties, can look back on this point in their career with gleeful abandon.

By the time second album Split came along in 1994, original bass player Steve Rippon had been replaced by Philip King and the band's sound had become more direct. The third CD chronicles this period and while both 'Light From A Dead Star' and 'Desire Lines' hark back to the band's formative style, the likes of 'Hypocrite' and 'Kiss Chase' hinted at the poppier sound to come.

With Britpop at its height and the musical landscape having changed somewhat, Lush had too. Considerably as it happens, and the fourth CD documents on third and final long player Lovelife (only to then contrast it somewhat with the seven demos stuck on the end, three of which date back to their humble beginnings and the Scar days). Nevertheless, Lovelife brought them long overdue commercial success along with three top 30 singles to boot.

Fifth and final CD Topolino is by far the weakest of the bunch here. Compiled initially for the Japanese and Canadian markets and released in 1996 and 1997 respectively for each, it's essentially a companion to Lovelife, focusing on a lot of material recorded around that time. Some of which came out as b-sides or EP tracks, others on compilation albums such as their cover of Middle Of The Road's 'Chirpy Chirpy Cheep Cheep', originally recorded in 1990 for anti poll tax benefit LP Alvin Lives In Leeds.

In retrospect, Chorus serves to highlight what a vital band Lush were. Understated and underrated yet undeniably consistent throughout their tenure. And with new material set to surface next spring, their story hasn't reached its conclusion yet.