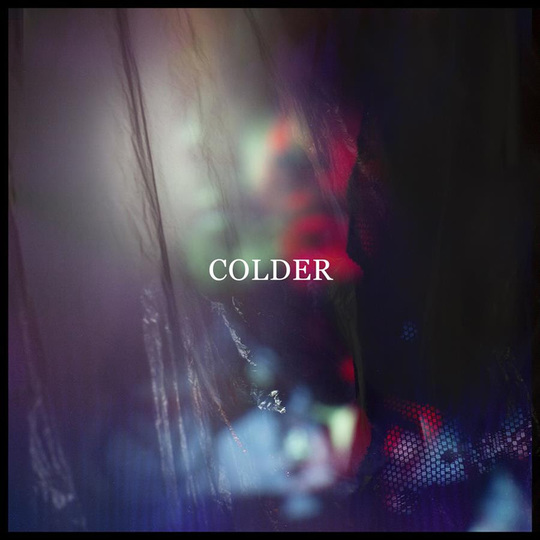 Having not released anything for a decade, Parisian producer Marc Nguyen Tan aka Colder, slowly re­emerged earlier this year, bringing with him a taster of what was to come.­ Many Colours is his first LP since 2005’s Heat, which was an album which flew so far under the radar, I’d no idea of its existence until last year, when a chance meeting with DiS’ own editor was soundtracked by something from it.

Tan debut, 2003’s Again, was and still is a firm favourite of mine ­ combining atonal new wave bass lines with even more atonal new wave synth lines, but compacting all that down into a very listenable, and dare I say it, catchy, little record. So it’s a great pleasure to hear a new Colder record ­ and an even greater pleasure to tell you that it’s very very good indeed.

Ironically, for a record entitled Many Colours, there’s a distinct monochrome bleakness running throughout its 39 minutes, a soft, dreamy atmosphere, punctuated with Tan’s trademark barely­ there whispered tones. It’s a strange mix of styles, but one that he pulls off with ease. The stark new wave aesthetic is still there too, only now he sounds more sedate, more mature ­less likely to go off on another atonal bass riff wig out and whilst there’s nothing here that harks back to his cult classic ‘Crazy Love’, there’s more than enough to satisfy.

Soft, melancholic piano is coloured with gentle washes of synth throughout most of the record, and nothing gets too abrasive or jarring ­ it’s an album engulfed in a breathy haze, like a Joy Division record at half speed, or a slow, atmospheric ride through hazy neon minor key melancholia ­ perfectly highlighted by one of the lead singles on offer, 'Midnight Fever’, a drowsy inner city ballad, featuring the only guest vocal on the album, courtesy of fellow Parisian, Owlle.

'Turn Your Back' briefly injects the record with some energy, all fuzzing noise and boisterous piano chords, and the languid title track perfectly sets the mood with its skittering rhythms and floating ambience. The burning ‘Your Kind’ is one of the best things here too, bringing a skewed energy to the latter half of the record, a call back to the pounding madness of ’Crazy Love’, if not quite on the same level on intensity.

Almost everything here is a lesson in what Tan excels at doing: ­knowing when to hold back, and knowing when to turn it on. ‘Another Year’ and it’s burbling arpeggiated synth is so restrained to be barely there at all, but Tan has a knack at knowing how to unfurl a layer, or introduce a rhythm to really elevate his beautifully sparse, brilliantly evocative songs into something more. Of course over the course of an album, this means he has to pace things exactly right, and sometimes it kinda misfires, and blurs into a hazy netherworld of analogue drum machines and whispered vocals. Thankfully, he gets it just about right overall, and the brevity he exercises on the album’s running time really aids the experience he’s inviting you to explore.

You’d be forgiven for thinking that Colder had simply been lost to the ages, swept up in the early Noughties music industry and lost at sea ever since. With Many Colours, Tan proves that whatever happened over the past decade which meant we didn’t get any music from him, it only made Many Colours a stronger, and ultimately a more enjoyable record.