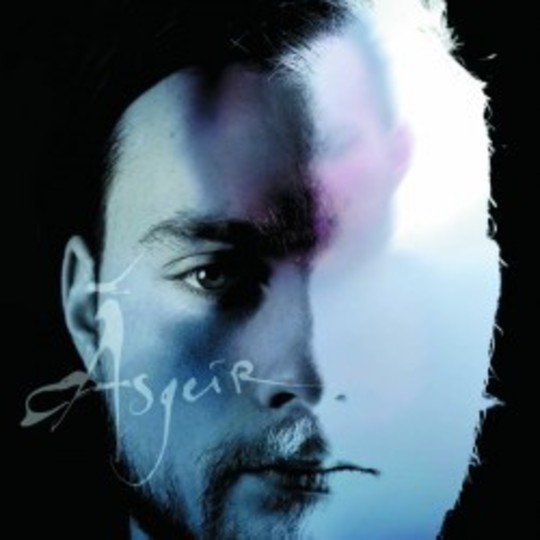 For a country with a population roughly that of Coventry, Iceland has produced more than its fair share of musical exports. Björk and Sigur Rós are firmly established as internationally renowned megastars, Of Monsters and Men and Ólafur Arnalds have enjoyed breakout success across the world in the last couple of years, and the likes of Sóley, Sin Fang, FM Belfast and Retro Stefson have all garnered cult followings. Ásgeir will be looking to join their ranks in 2014 - he’s already become a firm favourite in Iceland, with his album Dýrð Í Dauðaþögn becoming the fastest-selling domestic debut by an Icelandic artist ever and subsequently going triple platinum. In the Silence is the English-language version of that record, and with the backing of One Little Indian, Ásgeir will no doubt be hoping to exponentially increase his audience.

For anyone wondering how this version stands up against its Icelandic counterpart, it’s fair to say that they’re musically identical - only the vocals were re-recorded. A great amount of effort has gone into maintaining the cadence of his singing, and while only a native Icelandic speaker would be able to tell you for sure, it’s fair to assume that similar care has been taken to preserve the meaning behind the songs too. It certainly feels like the reworking of the lyrics has benefited from the stewardship of none other than John Grant, whose interpretations are loose enough to make sense in English while staying true to the original poetry of Einar Georg Einarsson (Ásgeir’s father) and Júlíus Aðalsteinn Róbertsson. Ásgeir’s voice doesn’t lose any of its beauty when singing in English either, with his affecting tone sitting somewhere between Jonsi and Bon Iver.

Perhaps unsurprisingly, landscapes and nature feature heavily in the album’s lyrics. ‘Higher’ sees Ásgeir discovering transcendent clarity in the open blue sky (“I lift my mind to the sky/and I let it take flight”), and ‘Summer Guest’ is all about finding happiness in the songs of migrating birds, whose appearance in Iceland probably feels all too brief. The lengthy Icelandic winter is alluded to on ‘Was There Nothing’ (”Was there nothing but the hush of night?” before being explicitly referenced on ‘Hide Your Head In The Snow’ - with lyrics like “far up in the north, the nights can be so cold” being contrasted by guitars that sparkle like faint rays of sunlight. ‘In Harmony’ sees Ásgeir describing himself as “a soul that floats amongst the fjords” and ‘Torrent’ even uses nature as as a metaphor for sadness, likening the pain of a breakup (“queen takes king, the pawns are falling onto the ground”) to torrential rainfall - “torrents wash away everything/raindrops flowing all around.”

Despite being a ‘singer-songwriter’ album, In the Silence certainly doesn’t lack variety from an instrumental perspective - ‘Torrent’ matches its emotional lyrics with a brash rock sensibility, making it the most immediate-sounding track on the record, while ‘King And Cross’ is more akin to Alt-J with its humming bass and aquatic synths. ‘In The Silence’ comes across like a more chilled out Of Monsters And Men, and the stark, minimal ‘Going Home’ calls to mind James Blake. There is the odd near miss, with ‘In Harmony’ containing the kind of euphoric fanfare that might bring to mind unfavourable comparisons to the bluster of Mumford & Sons - but thankfully the song manages to rise above such allusions by exercising just enough restraint, becoming a highlight of the record in the process.

The more straightforward acoustic tracks are where the translation comes into its own, however, and the record ends with the best example. Though ‘Þennan Dag’s lone acoustic guitar already conveys a sense of bittersweet melancholy, the song’s transformation into ‘On That Day’ reveals that it has lyrics to match, with Ásgeir reminiscing on a lost love. The events that transpired on the day in question are never directly addressed, but the song’s defining lyric suggests that they left him with the lasting realisation that some things are out of our control - “but it wasn’t long before I learned/on that day/you don’t get to call the shots that way.” ‘On That Day’ is Ásgeir at his most vulnerable and easily relatable, and it ensures that the album leaves a lasting impression at its close.

The everything-but-the-kitchen-sink promotional campaign - an appearance on Made In Chelsea here, a cover of ‘Wrecking Ball’ on Dutch radio there - might smack of desperation. Fortunately, In the Silence is more than good enough to dispel any such impressions. Like many fellow Icelandic artists before him, Ásgeir makes music that reflects his country while still feeling relatable to the rest of the world - so who can blame him for wanting to reach as many people as possible?