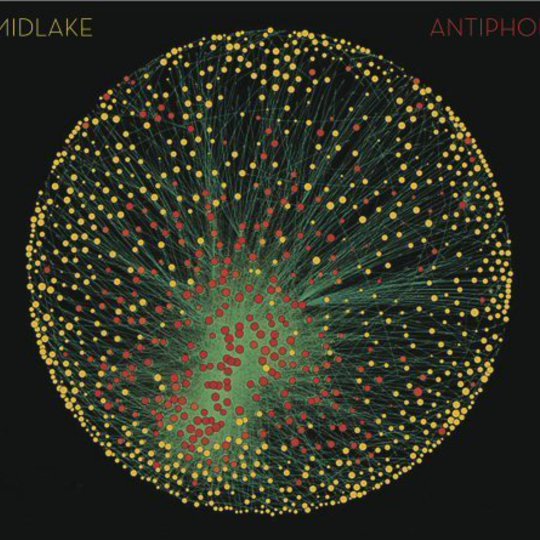 Midlake's brave new world is but seconds old before Eric Pulido makes the important decision not to emulate departed frontman Tim Smith, dodging a potentially fatal trap in the process.

Smith was Midlake's MVP, his dulcet, occasionally haunting tones elevating the Texans above their contemporaries. Could tracks like 'Roscoe' and 'Head Home' connect so strongly without him? It's a question that Midlake will discover the answer to in time. For now, we have a fresh start. Antiphon needed to represent a new path, even before Smith called it a day. Their last set, 2010's The Courage of Others, while accomplished and a deliberate move to differentiate, often felt quite laboured. Exit Smith, enter rebirth.

The album's moniker refers to a call-and-response style of singing. As the title track quickly opens up, it's clear that Pulido inhabits both lines of communication. 'Antiphon' finds him coming out swinging (as much as one could realistically adopt a fighting stance in a band as laid-back as this), calling fans to arms, encouraging those listening to "fight a war". His very presence represents a response, one of formation and unity. The statement is immediate, the arrangement forward-thinking, no room for the rear-view mirror. But what of Pulido's voice itself? Frankly, he's not in the same league as Smith and is thus wise not to directly compete or mimic.

That isn't to suggest that his measured takes are unengaging. For one, they're immediately refreshing, not simply because they're so different. Whether by design or acceptance, they create a middle ground upon which the music can soar, if needs be, where it could not or did not before. There are prog elements here and though Antiphon never quite goes full Mars Volta (there are, however, significant musical flashes, not least the Noctourniquet vibe found on 'It's Going Down'), the sense that Midlake are finally off the leash is palpable as careful, considered strays emerge. 'Long ago we knew that Tim had this vision and, as a team, we latched on to it, but that’s not to say we weren’t all being creative,' noted drummer McKenzie Smith when speaking to DiS last month. 'We were always very collaborative, but Tim became more precise about what he wanted and the scope became narrower.'

The scope has widened considerably. Antiphon is a record unafraid of adventure, always open to a fanciful stroll off the beaten path. 'Provider', all smoke and relaxed haze, speaks of heading "down a foxhole in the ground" before sharp, mildly psychedelic guitar licks creep in. The pace is easy, the tone one of curiosity, Midlake closing eyes and drifting as the walls fall away. 'The Old and the Young' picks up this thread, weaving and winding a number that grows in stature and confidence as it stretches out. There's a hypnotic quality at play throughout and it goes a long way to masking Pulido's relatively basic vocals. Where Smith was a guiding light, Pulido is more of an able shepherd. He moves things along efficiently but never once provokes goosebumps. Slow and steady wins the race.

Antiphon, or a great deal of it at least, is a victory. It would be unfair to dismiss it as damage control. There is real ambition here. Movement is a priority, too. Though some sections are languid, it's nice when a seemingly standard interlude like 'Vale' shifts midway into something more aggressive. 'Aurora Gone', meanwhile, is as strong as anything Midlake have ever created. A grand confessional, it moves from ignorance - "Many before me saw the peril, I ignored the error of my ways" - to arguable arrogance - "Who would defend one void of caring, looking beyond to start anew at once?" - winning and retaining affection as it quietly charms.

A lull follows, one that lasts much too long and harms the record as a whole. The trio of 'Ages', 'This Weight' and 'Corruption' offer up leaden work that disconnects the listener. Challenge is always welcome, but this is a record that manages to use patience in an elegant way for most of its running time. It distracts you from minor flaws and a fairly straightforward narrative with heart and enthusiasm. Alas, by the time things conclude with the searching 'Provider Reprise' (a track that brings to mind Irish band Halves and their recent, beautiful 'Tanager Peak' at several points) the journey is almost immediately wiped from the memory. Is it Pulido? The absence of Smith? The third act crawl? In truth, all play a damaging part. Despite these irks, Antiphon is everything that it needs to be; a new beginning, loaded with promise. That's enough for now.